If you think maps are all about roads and bridges, think again. University of Redlands students redrew the town based on human behavior. 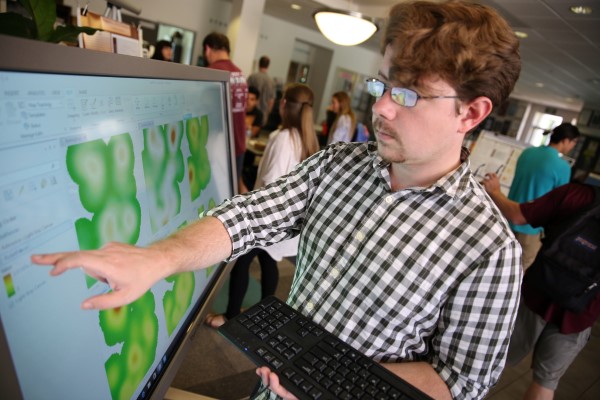 Wind chimes are almost ubiquitous in some areas of Redlands. Other areas have abundant "beware of dog" signs.

These are some of the subtle clues that define a neighborhood, said sociology and anthropology Professor Wes Bernardini, so his students used these details to draw new maps of the town based on human behavior.

They presented those maps during an event Tuesday, April 5, at the Hunsaker Lounge. It was the culmination of Bernardini's class, "Mapping People, Mapping Place."

The take-away was that people tend to copy each other's behaviors, and you can tell who interacts with whom by studying outward signs, Bernardini said.

"Behavior is surprisingly clustered," he said. "None of these (behaviors) are equally distributed across the city." 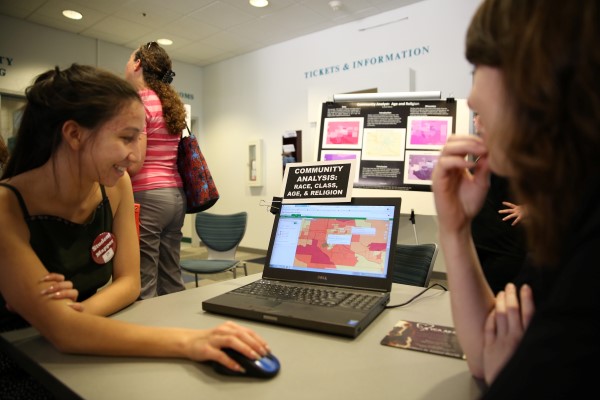 Students documented those behavior patterns, put them on maps and then developed theories on why the clusters looked the way they do, Bernardini said.

Tanner Berry, a student who is minoring in spacial studies, said he noticed a big difference between people living north of Interstate 10 and people living to the south.

"That freeway is a big physical barrier," he said. "It's almost like a different world on the other side of the freeway."