In her new book, Institutionalizing Gender: Madness, the Family, and Psychiatric Power in Nineteenth-Century France (Cornell University Press, 2021), U of R History Professor Jessie Hewitt examines the relationship between class, gender, and psychiatry in post-Revolutionary France. Katie Olson of the Bulldog Blog recently spoke with Hewitt about the country’s asylum system, its implications, and how they shaped the perception of mental illness today.

Bulldog Blog: What made you decide to write the book?

Jessie Hewitt: The book originated as my dissertation many years ago at University of California, Davis. But it took me a while before I decided I wanted to dive into the process of converting the dissertation into a book. So, it has been in the works for a really long time. What first drew me to the topic of gender and its relationship to psychiatry, madness, and rationality was the intuitive awareness, which many women have, that women are often assumed to be speaking from their emotions, instead of a place of rationality or logic. We’ve all seen women run for political office be ignored or pushed aside because they're seen as too emotional. I looked around and thought, “Where did this idea come from?” It's so obviously untrue. So, I went to graduate school and started studying the history of the 19th century more in-depth. I knew I wanted to write about women, and I knew I wanted to write about psychiatry. I dug into the archives, and once I started seeing what doctors had written about their patients and theories, things started clicking into place for me.

BB: In the book, you examine over 100 years of psychiatric history. How did you arrive at the term “institutionalizing gender” and what does that look like?

Hewitt: So, the title Institutionalizing Gender is a play on words. On the one hand, I'm talking about people who were actually institutionalized in insane asylums. Asylums really changed in the latter part of the 1700s and into the 1800s. Before that time, people considered insane weren't really thought of as curable. They'd be locked away if seen as dangerous to themselves or others or even just inconvenient in some way to their families or the local authorities. There was no attempt to bring them back to rationality. Asylums, though, were explicitly meant to cure people. So, specialized institutions were created to house individuals experiencing psychological issues, where they’d be subjected to various treatments in the name of cure.

What all this has to do with gender is that doctors had very funny definitions of sanity. Basically, they thought a sane woman wanted to be a mother. She wanted to be a wife. She didn't want a job outside the home. She didn't want political power; she would definitely be heterosexual. All of those ideas defined sanity for these doctors. Being a sane man meant being a successful professional, a husband, a father, and providing for a family. These gender expectations were very tied to class, in that doctors idealized the behaviors of the middle classes, people from the same class backgrounds as themselves. People who didn't follow those rules could be institutionalized because they didn't conform to gender expectations.

“Institutionalizing Gender” also has another, less literal, meaning related to the word institutionalization, as in the way that an idea becomes institutionalized—solidified and spread—across society, in this case through the actions of doctors.

BB: Were the French the first to institutionalize people in this way?

Hewitt: This process in France occurred simultaneously in England, Central Europe, and the United States. But France is different than some other countries, because, as people were developing the asylum system, they cared a lot about new political formations. During the French Revolution, they created asylums—places where people can become rational again. A lot of that has to do with the fact that, because of the Revolution, they start seeing people as citizens, not just as subjects of a monarchy. Male citizens needed to be rational to make choices about voting and even women needed to be rational in order to raise good French children (even though women weren’t considered rational enough to get to vote themselves). The French didn't quite care so much about madness when people were subjects, because the king made the decisions. 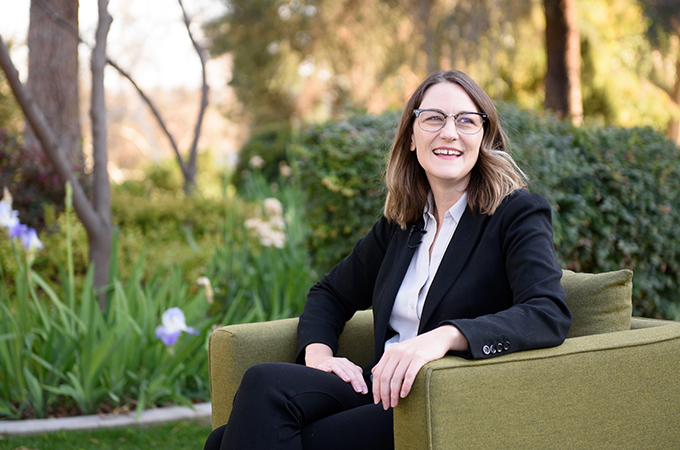 BB: What are some of the controversies you examine in the book?

Hewitt: There are a few. Many people who have studied insanity in the 19th-century focus on how bad it was for women. Women who didn't want to get married, or had lesbian relationships, or had professional ambitions could be deemed insane. But at the same time, there were actually some women who operated asylums of their own. One particular woman, who actually grew up in an insane asylum owned by her parents, opened an asylum of her own later in life. It was a private institution where rich people paid her to oversee their daughters and wives. She wrote a book claiming she was an expert in mental medicine, as knowledgeable as people who went through formal psychiatric training. Many men got upset she was claiming to be an expert. But at the same time, she was really successful, made a huge amount of money, and was actually considered an expert by a lot of people. I thought that was an interesting controversy and question—can a woman be an expert in psychiatry when she hasn't had a formal education? She really did know what she was talking about and was successful, too.

BB: That brings up another interesting dynamic—the difference between public and private care. Do you examine the role money plays in psychiatry?

Hewitt: I do a bit. It's interesting because, in terms of numbers, around 5,000 people were institutionalized in France around 1820. By 1900, there were 65,000. It really exploded, and most of that growth was in public institutions, because a law passed in 1838 that said every department in France needed to have its own psychiatric institution where people who lived in that area could be sent in order to be cured. It was state-mandated and funded, but they never really allocated a lot of money to those institutions, which is still often the case when it comes to mental health, of course.

Most people who were well-off would go to a private asylum, because those were these really nice houses with better food, and they were more intimate—there weren’t hundreds of other people there. That was more common for rich families, and people who didn’t have that kind of money were sent to the public institutions. I still found many cases of people who had gotten out of private asylums and charged their doctors with abuse. That was really common in the press. So, in that sense, the private asylums were just as bad as the public ones—maybe even worse.

BB: You’ve written about Britney Spears’ conservatorship, which has been in the news lately. How do the ideas from your book play out today?

Hewitt: With Britney Spears’ case, we don't know everything. There has been so much secrecy about her condition. All we really know is what happened in 2008, when she started getting a lot of attention for behaving in ways that seemed irrational. Then she disappeared from public view for a while, because all of her choices and financial decisions were being made by someone else—her father. Recently, she has become more outspoken about the terms of her conservatorship. She's trying to make it so that her father, in particular, doesn't have control over her money. Part of the challenge for her is very similar to the challenges that people, especially women, in the 19th century faced if they were trying to push back against family members or the medical establishment institutionalizing them. So, while Britney is not institutionalized, that same language of incompetence or inability is reappearing. She is in this bind—she wants to be able to make those decisions herself, but, because she's been labeled “crazy,” some people automatically don't believe what she says.

BB: What can we learn from the French and their approach to psychiatry? Where do we go from here?

Hewitt: Well, from everything I researched and thought about for the book, in the 19th century, it was much more widely accepted that women were born one way—emotional, illogical—while men were born another. While these ideas still exist and have an impact today, they're so much less popular than they once were. I came away from the project feeling strangely optimistic. Because even back then, there were people who could see that these claims were nonsense—that women weren't naturally irrational any more than men were naturally logical. I took it to heart that, even in the 1800s, it was clear that these rigid rules about men's and women's behavior were based in culture, not nature.

Learn more about studying history at the University of Redlands.