We pay tribute to the best University of Redlands moments from 2019. Whether you’re a current Bulldog, a donor, a friend of the University, or a Bulldog for life, you are a part of what made the year so special. 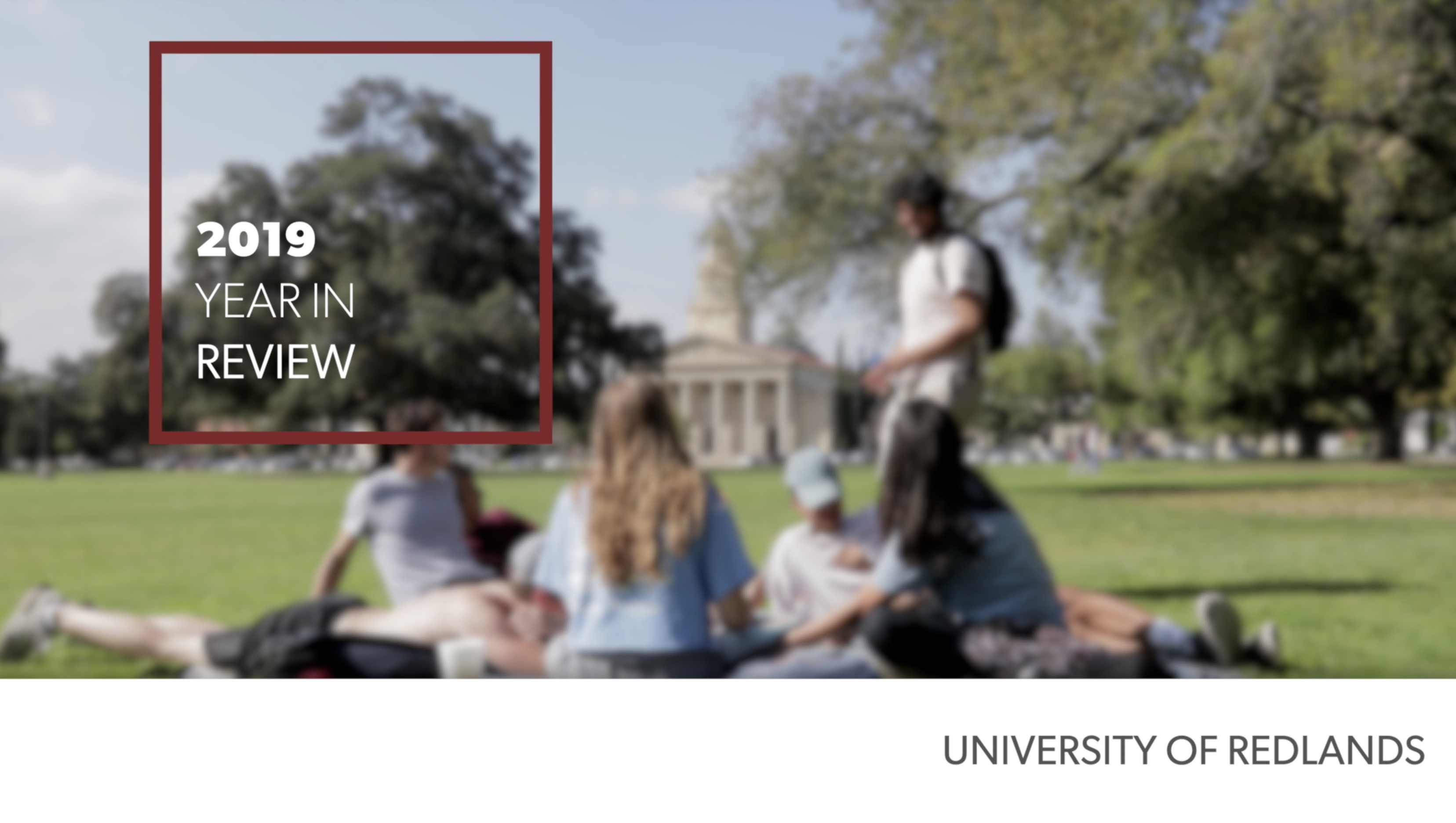 On January 21, about 600 people attended the Beyoncé Mass at the U of R’s Memorial Chapel. Created by Rev. Yolanda Norton, the worship service uses the music and life of Beyoncé as a tool to cultivate an empowering conversation about Black women.

The Johnston Center for Integrative Studies celebrated its 50th Anniversary Renewal from February 15 to 17. More than 600 Johnston alumni and friends came to reconnect and reflect on their Johnston education.

The Office of Career and Professional Development (OCPD) hosted the University of Redlands’ first-ever Career Conference on February 23, drawing more than 150 U of R students and alumni, 24 presenters, and 50 employers to network and exchange career tips, advice, and insights.

On Feb. 25, U of R announced plans to merge with San Francisco Theological Seminary, creating a Graduate School of Theology and a campus in Marin.

At the end of the month, Peace Corps named the University of Redlands fourth among small schools on the agency’s list of top volunteer-producing colleges and universities for 2019.

Commencement weekend gave the University of Redlands community an opportunity to celebrate 1,462 graduating students. The University also recognized 168 scholar-athletes—athletes with at least a 3.5 GPA—the most in school history.

The School of Business partnered with Esri to host the first Spatial Business Academy, providing executives with training that blended business knowledge with location analytics.

U of R showed a strong presence at the Esri User Conference in San Diego, highlighting the strength of spatial research and the integration of spatial studies across the Redlands curriculum.

U of R merged with San Francisco Theological Seminary. The two institutions became one, and stronger together.

In August, local native artist Joe Galarza collaborated with students to create a new mural, thanks to a grant from the American Indian College Fund.

David Boies Professor of Government Art Svenson accepted one of the highest honors an American professor can receive in his field: the American Political Science Association’s Distinguished Teaching Award.

At the end of the month, the College of Arts and Sciences greeted 738 first-year and 94 transfer students.

In September, the University of Redlands welcomed fraternity Gamma Delta Rho as the most recently accredited member of Greek life, providing a space for students of color.

The School of Education launched two new online degree programs: a master’s degree in human services and one in curriculum and instructional design.

Three head coaches reached their 200th career win at the U of R in 2019—Mike Maynard in football, Ralph Perez in men’s soccer, and Rich Murphy in women’s basketball.

Jamison Stevens ’22 and Timothy Cunningham ’22 became the first students ever to compose the musical centerpiece of the Feast of Lights, a Redlands Christmas tradition. The University also hosted the first-ever Children’s Feast, a shortened version of the Feast of Lights suitable for families with young children.

Learn more about the University of Redlands.