About 600 people turned out for the Beyoncé Mass—which used the music of Beyoncé as part of a Christian worship service open to all—at the U of R’s Memorial Chapel. The Martin Luther King Jr. Day event followed the previous evening’s panel discussion that framed the service in terms of the history of the civil rights movement, the role of black women as change-makers, and the capacity of music to serve as “the soundtrack of liberation.”

Here are some comments on the observance—which was widely publicized in media outlets including KCAL9-TV News, KVCR radio, and The Sun—from those who attended.

“If mass had been like this, I would have gone a lot more. [The service was] an excellent example of how religion can be a conduit for the way that we talk about social justice and inequality in America.”
—Malie Minton ’20

“It was a beautiful service full of positive vibes! Loved it!”
—Pablo Victoria Torres, adjunct professor, College of Arts and Sciences

“It was nothing like I expected. [I’m grateful for] a space for black women to be appreciated and to be in fellowship with other like-minded people.”
—Lanae Norwood

“It made me jealous. I wish I had had the chance to attend an inclusive service like this when I was going to Catholic high school.”
—anonymous

“I loved it. I wish both of my kids were here.”
—Toni Watts

“I’m so emotional. I don't have words.”
—Mary Melcher

“The sermon meant a lot to me. It made me want to be intentional on how I see activism.”
—Anthony Pulford ’20

“I thought it was great, but I also enjoyed the panel discussion, which contextualized it.”
—Tinbite Legesse ’19

“I’ve attended a lot of concerts, and often performers want audiences to leave having experienced something spiritual or enlightening through their music. This was the reverse—it was a spiritual experience enhanced by a performance.”
—anonymous

“I thought it was wonderful. Regardless of what anyone believes in, it was universally uplifting.”
—Magdalene Nsek MBA ’20

“It was very powerful.”
—Jean Balthazar 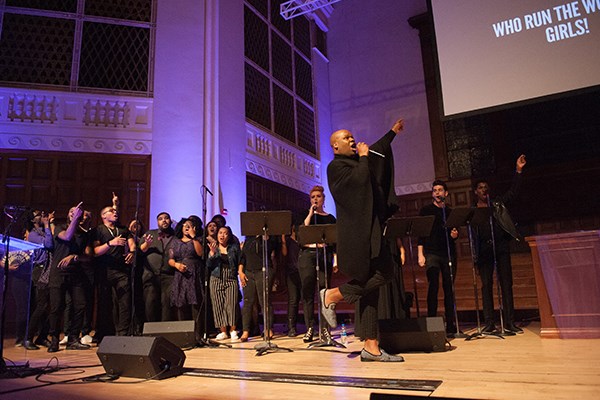 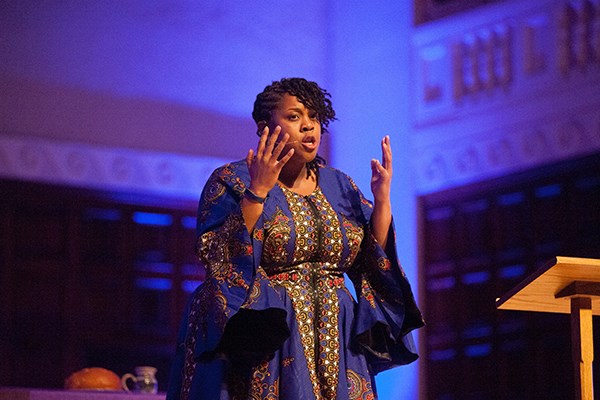 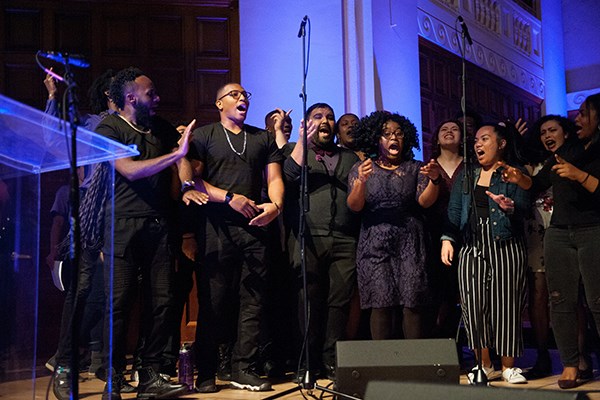 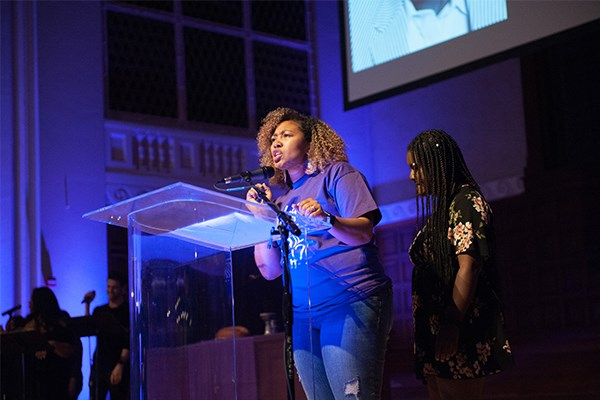 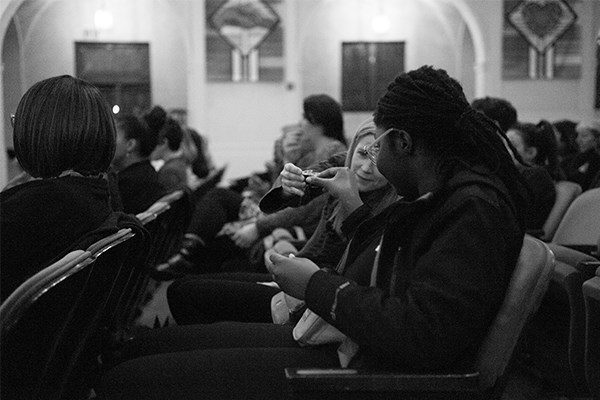