A different kind of homecoming for Ben Wyeth March 8, 2018

Ben Wyeth '05, formerly known as Ben Grubin (he took Wyeth, his middle name, in 2013), made a splash in the late 2000s with fellow Bulldog Jeremy Reynolds '05 as indie rock band Hockey. Their sound—which could be described as part Bloc Party, part MGMT, part The Strokes—was formed at U of R Johnston Center’s Bekins Hall and got the duo signed to Capitol Records for their debut album, Mind Chaos, released in 2009.

There were various incarnations of Hockey, Wyeth explained. From Redlands (“where we performed live with an iPod”) to a move to Los Angeles, then Spokane, Washington, Portland, Oregon, and finally New York, Hockey expanded and contracted as band members came and went. The band was considered the next big thing; Hockey was featured in music magazines (which also led to a U of R shoutout in Vogue!) and toured the nation and the world. After three albums, Hockey petered out in 2013. “We never really broke up,” Wyeth says. “But internally, [the momentum] had waned. We were naturally growing in other directions. Then Jeremy started a family, so he had less time. Eventually, he moved to England.” 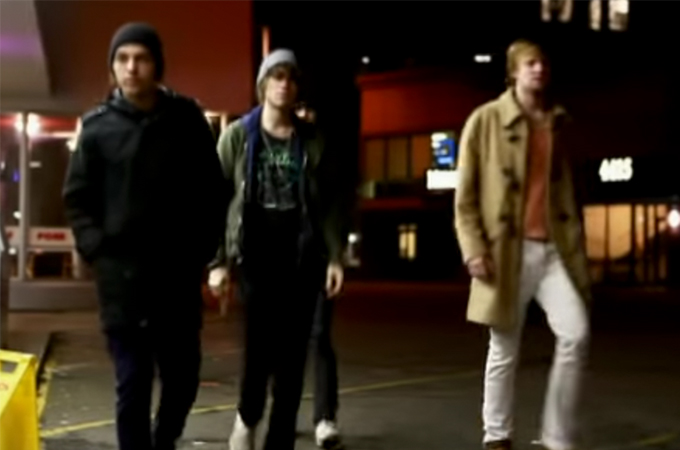 That’s when Wyeth, who ran a recording studio in New York City, warmed up to the idea of collaborating with new people. J. Randy, a producer who works with different artists, came to Wyeth’s New York studio to jam. “We tapped into something together and were like, ‘All right, let's start a band.’”

That was in January 2017. “We decided to put all of our energy into what we were doing, but it still took a while [to get started].” After Randy moved to L.A., Wyeth had figure out how to write songs long distance. By summer 2017, they were exchanging track stems and mixing songs.

Wyeth and Randy, who call their new band Brand, held their first live show — ever — at Belkins-Holt Hall two weeks ago. Why debut at U of R? “I knew I was coming out here (to Southern California) to mix our music, so I thought I’d reach out to M.G. Maloney (assistant director of the Johnston Center) and see what we could set up on campus.”

Performing at his alma mater felt like less pressure for Wyeth’s new band; it also felt like closing a circle. Johnston student bands BabyG1rl, Cosmic Cactus, and Busted Knuckles, along with Professor Tim Seiber, a.k.a. PhDJ, opened the show. “I thought all the bands were very awesome,” Wyeth says.

He added, “It’s funny to come back here to Johnston because it’s a place where individualism is celebrated, but when I was at Johnston I was so single-mindedly pursuing my ambition (of making it big in the music world) I was more isolated … Now what comes out of me is a truer expression of what's happening in this place.”

Walking around the Redlands campus brought back a flood of memories for Wyeth—from tricks he had to getting into the music building late at night to practicing endless hours at the piano in the music room. In Bekins, he recalled starting the jam room his freshman year. “So we could play all the time.”

Wyeth says making new music has made him more open to just … being: “Over the past year I find that my mind frame has shifted a lot from having these ambitious goals to enjoying life, enjoying friendships, enjoying the music, and having more faith that things will work out,”

With Brand, Wyeth says, “I’m more focused on the lyrics and letting the sound organically come out of the studio collaboration. A lot of this stuff we have been doing is feeling- and intuition-based so it's not 100 percent savvy. But it just works.”