Mascots, machines, and the moon’s dance with the sun were just some of the topics making headlines and claiming media and social media space for the University of Redlands in 2017.

A historic hello, a graduation, and a goodbye

A little bulldog with a big personality captured our hearts and made history in 2017. Adelaide, a.k.a. Addie, (she shares a name with the U of R’s founding first lady Adelaide Field) made her debut as the University’s first female live bulldog mascot. As mascot-in-training apprenticing with sitting mascot Thurber, our little pup Addie became big news on NBC News Channel 4. She was featured on the news broadcast, the website, and created quite the buzz on social media, where a video posted to Facebook of Addie and Thurber received more than 91,000 views.

The story followed Addie and Thurber’s appearance in The New York Times in late July, when a submission from Taylor Matousek ’18, creative writing and graphic design double major, was chosen from submissions across the country to illustrate “What 'Back to School’ Looks Like to Our Readers.”

The pups’ tale took a sad turn in November when the University community learned that 8-year-old Thurber, who had served as U of R’s beloved mascot since 2010, had been diagnosed with cancer. Understanding Thurber was unlikely to make it to the planned April 2018 graduation and retirement, students initiated a plan to honor him that week. Thurber’s graduation ceremony, where he received honorary degrees from President Ralph Kuncl and Provost Kathy Ogren in front of more than 200 guests, not only made local news in the Redlands Daily Facts and Fox 11, but also national and international news in The Miami Herald, Sacramento Bee, Idaho Statesman, The Dodo, and other outlets. The item was also popular on social media, with the video of Thurber’s graduation posted on Facebook drawing more than 12,000 views and an Instagram photo paying tribute to Thurber garnering more than 7,900 impressions.

On the day following his commencement, Thurber passed away, crossing the rainbow bridge as a proud alumnus and Bulldog for life. His obituary appeared in the Redlands Daily Facts and the Press-Enterprise.

You don’t have to be a robophobe or a technophobe to be alarmed about robots coming after our jobs. In the future, robots taking over could be a reality, according to research conducted by U of R’s Johannes Moenius, director for the Institute of Spatial Economic Analysis, showing a significant number of jobs could be lost to automation, and that some cities and demographics are more susceptible than others. That ominous news made headlines nationally in the Las Vegas Review Journal and on Nevada Public Radio and online internationally on Marketwatch.com and FastCompany.com among other sites. The most vulnerable population to this trend, according to Moenius? Those without an education.

Mission accomplished for U of R professor and physicist Tyler Nordgen who spent much of 2017 encouraging would-be viewers of the August 21 total eclipse—whether at a location along the 12-state path of totality or in large regions of the continent where a partial eclipse could be seen—to prepare to put down their phones and cameras and fully experience the moment.

Nordgren’s mission and message made headlines. He told The Atlantic the total eclipse would “be the most photographed, most shared, most tweeted event in human history.” In an interview with The Guardian, he said a total eclipse is "the most spectacular thing I’ve ever seen in my life with my own eyes.”

Stories in Forbes, Time, The Washington Post, and other domestic and international publications helped build enthusiasm for the event. Nordgren even shared the small screen with Bill Nye, the Science Guy, from the University Quad in "Science on the Sun," and was featured on PBS SoCal’s NOVA in “Eclipse over America.”

If you don’t think U of R when you think San Diego, think again. The opening of our new regional campus serving working professionals, active military, and veterans drew the attention of the Times of San Diego and KUSI News, which both reported on the expanded presence of Redlands in San Diego.

On the heels of celebrating the new San Diego campus and the opportunities its modern space creates, U of R’s School of Business made headlines again in October announcing an important partnership poised to further extend the reach of its offerings.

United Technologies Corporation (UTC) has expanded educational opportunities for its global workforce through a new collaboration with U of R opening the door for UTC employees nationwide to pursue undergraduate and graduate degrees offered through the U of R School of Business, including the online MBA program.

Stories in the Arizona Republic and other publications quote Thomas Horan, Senecal Endowed Dean of the School of Business, saying, “Our programs provide a personalized education that enables students to pursue their business passions and career aspirations.”

KPCC’s “Take Two” host A Martinez moderated the discussion “The system is broken: California, immigration and President Trump's policies” in February. The panel included U of R’s Steve Wuhs, assistant provost for internationalization; San Bernardino Police Chief and U of R alumnus Jarrod Burguan; and U of R student Xiadani, who was facing the consequences of changes in immigration policy.

In November, KPCC “In Person” personality Adolfo Guzman Lopez hosted a panel discussion on “Free speech vs. hate speech on college campuses.” The panel included Dr. Andrew Wall, dean of the School of Education, and Kamal Bilal, U of R student and president of the Associated Students of the University of Redlands (ASUR). Also participating from the audience were Provost Kathy Ogren, General Counsel Brent Geraty, and Dean for Student Affairs Donna Eddleman. The discussion was live-streamed on Facebook and the KPCC website, and covered in the Redlands Daily Facts.

With all these happenings to help draw an audience, the University’s social media presence grew across the board in 2017. 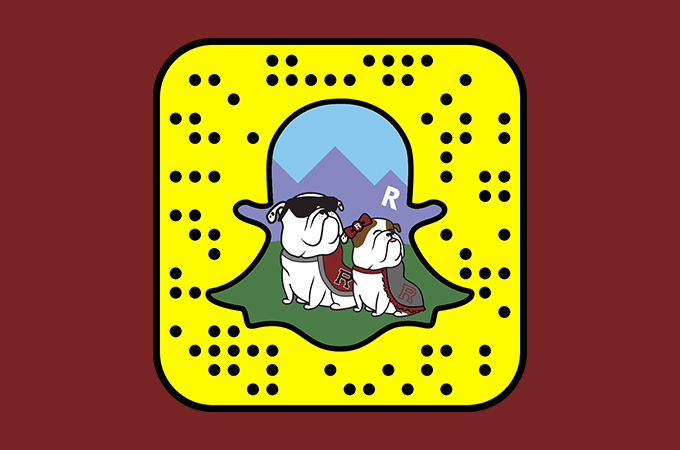 The year also contained some innovations in the social media space. Making their debut were the Bulldog Blog, covering news and views from the U of R; an online directory of some of the most prominent U of R social media channels (including the mascot, alumni and friends, and Bulldog athletics); and a Snapchat channel, @urbulldogs, to reach a younger demographic, including prospective students.

We welcome your comments, suggestions, and contributions for social media at social@redlands.edu.