On Saturday, we celebrated the installation of Adelaide (“Addie”) as the first female mascot of the University of Redlands with a coronation ceremony (that’s right, just like you have for a queen)!

We were joined by 200 of Addie’s friends and admirers, including visitors from as far away as Washington and Nevada. Thousands later viewed the proceedings (video below) over social media. As I watched her don her crown atop the red velvet chair in front of Currier Gym and looked into the crowd of smiling faces, I had no regrets. 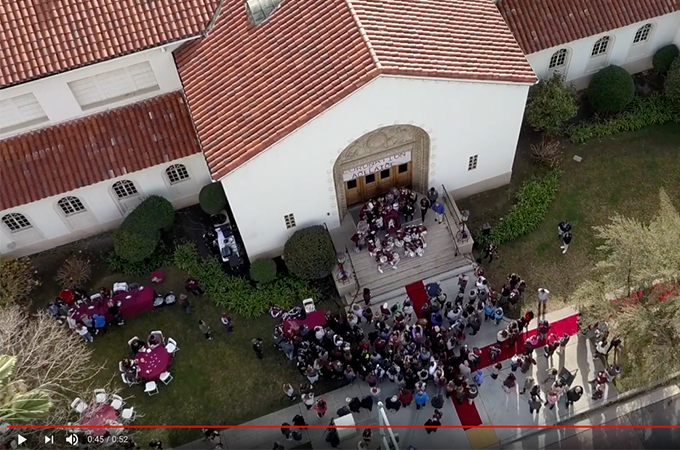 I’ll admit – when I was first asked to consider serving as the mascot handler in addition to my duties as the assistant director of alumni and community relations, I initially gave an emphatic “no!” I already had two dogs at home (Ollie and Lily), and the position seemed somewhat overwhelming and a bit intimidating after hearing about how many events attended by the previous mascot, Thurber, and his handler, Beth Doolittle.

When I posed the idea to my two sons, however, they were so excited. “Mom, that sounds like the coolest job ever!” Like a lot of parents, we tend to overindulge our kids a bit, and that is how I ended up hauling around a 50-pound snoring, snorting Bulldog.

Now I can’t picture my life without Addie. And my kids were right—it is the coolest job ever.

As exciting and joyful as Saturday’s coronation was, it was also somewhat bittersweet. We had all hoped Thurber could participate in the “Changing of the Collar” ceremony we had originally planned for this coming April. Unfortunately, our beloved Thurbs went to the Rainbow Bridge last November—but not before University of Redlands students organized his graduation, which was covered in the media in publications from The Dodo to the Miami Tribune. His huge following was made possible by Beth’s dedicated service. We’re going to try our best to build upon Thurber and Beth’s lasting legacy.

Setting traditions is a huge part of our mission in Alumni and Community Relations, and I’m so honored to be part of this one. Plus, we’re making history (her-story?) with the University’s first female mascot. I love sharing my love for Addie in a fun way that includes and extends beyond our campus.

I want to bring her to more people, and allow others to catch glimpses of her day-to-day life. You can catch us on Instagram, Facebook, and Twitter using the handle @urmascot.

Here’s a video of Addie’s coronation preparations that our social media followers enjoyed! 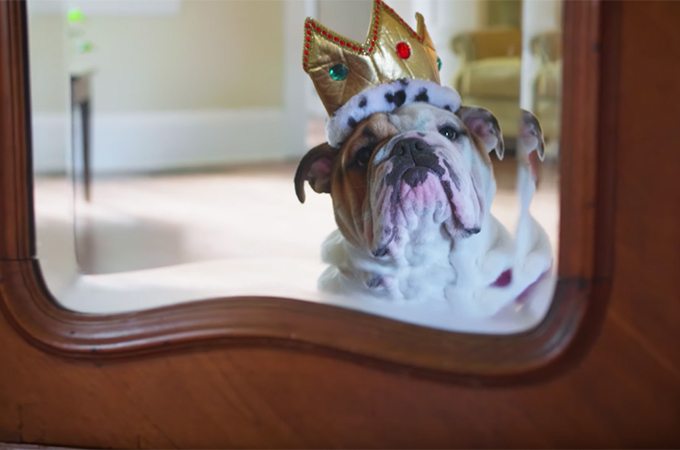 And next time you see us around campus, don’t be shy! Even though she’s now officially U of R royalty, Addie loves to greet everyone who walks by!

To request Addie’s autograph or an appearance at an upcoming event, visit http://www.redlands.edu/adelaide.