An event sponsored by public radio station KPCC last week at the University of Redlands explored the topic of “Free Speech vs. Hate Speech” in our communities and on our campuses. Moderated by KPCC’s In Person host Adolfo Guzman-Lopez, the event tapped the wisdom of both panelists and audience members.

Here are some of the perspectives that were expressed. Remarks were edited for brevity and clarity.

“Free speech is an American right. Everybody has the right to their own opinions and should be able to freely express them. Hate speech is something I've been trying to wrap my head around for the past couple weeks. I've been trying to distinguish hate speech from something that is hurtful or insulting and trying to understand how an insult is different from hate speech or how we should go about prosecuting hate speech, if you're able to define it. What some might think is hateful, others might think is empowering.”
—Kamal Bilal ’18, president of Associated Students of the University of Redlands 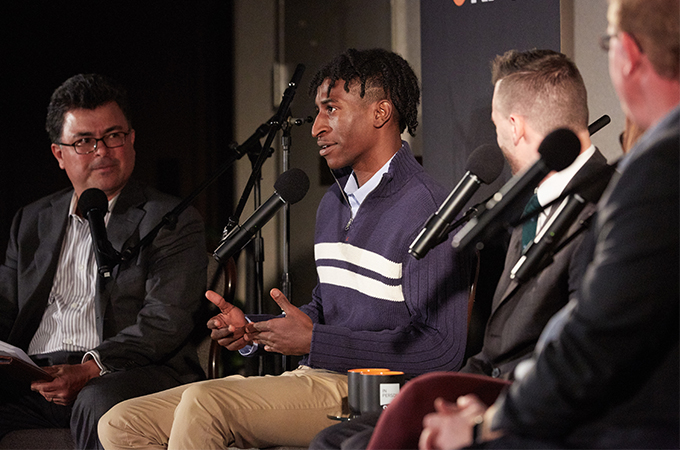 “When people think about free speech, generally, they think about the First Amendment. In the United States, speech is protected unless it falls under a very limited number of unprotected categories. But the values of free speech are far more broad than the First Amendment itself and particularly important on a college campus, where students are learning how to think critically; how to formulate their own beliefs; and, more importantly, how to advocate for those beliefs in the face of people who hold different beliefs. That's, after all, how we reach the optimal conclusions in society. We discuss things in the public sphere. We have the rough and tumble of the marketplace of ideas.”
—Ari Cohn, director of the Individual Rights Defense Program, Foundation for Individual Rights in Education

“Free speech is the ability to talk about my truth, my existence, the ways in which I live in the world, the ways in which I perceive the world, the ways in which I perceive how the world treats me... particularly, as a woman of color and as a queer woman of color. Whatever ways I decide to share that truth, free speech is my right and ability to do so. For me, the added piece and the complicated piece around hate speech is not just the dismissive nature or hateful nature of it, but when it becomes violent. Or when it becomes an attack, a physical attack on somebody else's livelihood... That is what is contested at this particular moment… When does hate speech inspire others to commit acts of violence? That’s the fine line we all walk.”
—Marcela Ramirez, University of California Riverside Ph.D. candidate

“There are many public squares where we can engage each other in society… But the university space is special. We have a commitment to prepare people to serve society in a broad way. We have a special responsibility to help to define a speech that is both free and civil. How do we engage each other in civil ways that are about mutual respect? It's hard sometimes to engage in conversations where ideas are controversial. But in a classroom space, you're supposed to do that… While we hear in the press so often [about] events happening on campuses with explosions of emotion and contest, in fact, in many classrooms those exact kinds of dialogues are taking place. Professors, in combination with students, set up situations where they can engage controversial ideas, where different points of view come across. That's the special promise of the university in creating environments for free expression.”
—U of R School of Education Dean Andrew Wall

“[To plant the seeds of civility,] we teach a curriculum that teaches students to think beyond their own identities and their own experience. First and foremost, we engage students every day in a classroom. And then students have a series of opportunities throughout their college careers to come to events, to programming, and to other opportunities perhaps to learn about how this is a different space than the one they may have come from in their families, their communities, the schools that they have been in previously.”
—U of R Provost Kathy Ogren

“In many contexts, civility's important. And colleges and universities are and should be free to encourage students to be civil to one another. At the same time, uncivil speech can be singularly effective in conveying a speaker’s emotions, in conveying the importance of an issue… It's the uncivil speech, the rowdy speech, the speech that shocks you that really grabs people's attention, [that] motivates people to take up a particular cause. There has to be room for an amount of incivility in our civil dialogue because that is often the most passionate and perhaps most inspiring speech.”
—Ari Cohn

The reach of the law

[As a University,] we must permit speech without respect to the content. We can regulate the time, manner, and place of speech, and we do. We can say, ‘Here's the time to do it. Here’s the place for you to do it,’ as long as it's content-neutral, as long as it's narrowly drawn, and as long as there are ample alternative means of communication.”
—U of R General Counsel Brent Geraty 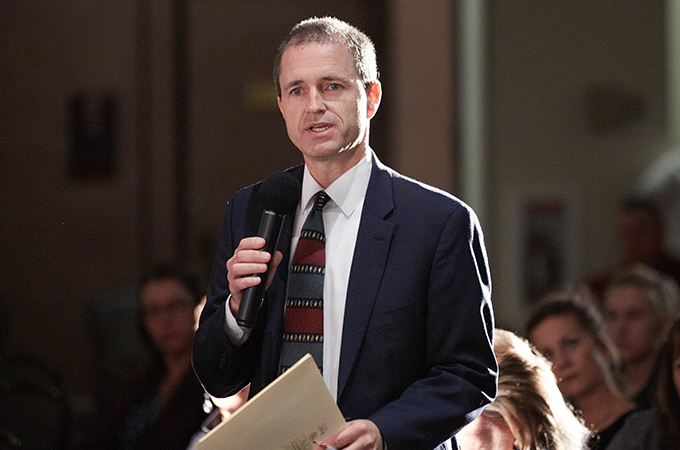 “I hold two beliefs that many find contradictory. On one hand, words themselves are not physical violence. Words can incite violence. And, if it meets the constitutional test, they can be prescribed, although, over the years, the fighting-words doctrine has pretty much been written out of practical law.

But words themselves aren't physical violence. On the other hand, the saying that ‘sticks and stones may break my bones, but words will never hurt me’ is complete nonsense. The sooner we realize that, the better we'll all be. There's no harm done to the principles of free speech in the First Amendment by acknowledging that words can hurt. If you deny that words can hurt, then you're really undercutting one of the fundamental philosophical reasons why we have free speech. Words are powerful. That's the reason speech is protected.”
—Ari Cohn

Learning how to have difficult conversations

“First of all, we've got to ask ourselves: Have I been taught to sit in a difficult space and disagreement? And what happens to my body physiologically when I fervently disagree with something? Do I get some kind of thing in my belly? Does my chest get constricted? What happens to me physically? And then what sort of tools and strategies do I learn around managing that?”
—Marcela Ramirez

“Even though I disagreed with 90 percent of what [Ben Shapiro] said [when he spoke on the U of R campus], if I were to go up to the mic and defend myself, I don't think I would've been able to do it as well as he did. He spoke well, fast, and efficiently, and those types of things were great to see and learn and understand. There are going to be millions of Ben Shapiros in the workforce, in my daily life, that I'm going to have to deal with. If I really want to change his mind or the minds of people like him, I have to understand how to do that, understand what points he's making, where he's coming from. I would not have any of that information if he hadn't come to campus.”
—Kamal Bilal

The stakes of the campus free speech versus hate speech discussion

“This is an ongoing conversation. [For my generation it] means a lot. People in their twenties are very passionate. There's a polarization. One side thinks that hate speech is preventing people from having an education because they're feeling so stressed by words being said. Others say you are restricting other people's education because you're not allowing dialogue. It's a high-stakes debate, and I think it's going to stay a debate for a long time.”
—Kamal Bilal

“The intellectual vitality of an institution of higher education springs from freedom of speech and the marketplace of ideas. That makes the conversation really important—one of the most important.”
—Ari Cohn

“Higher education is one forum. It's not the only forum. College teaches you certain things. But there is the Internet and social media... We have this ability to be self-taught in ways that we didn't have access to before.”
—Marcela Ramirez 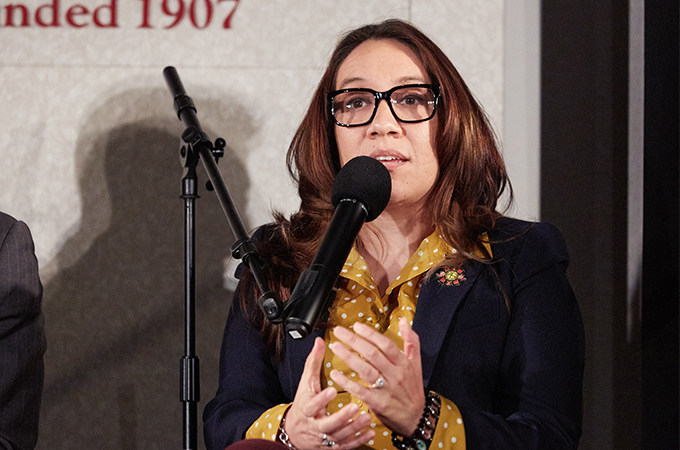 “Martin Luther King talks about the long, slow march of progress and towards justice and I agree with that. But the challenge of the moment in higher education is access for whom, to what kind of education. We don't necessarily progress in a straight line. There's important legislation being voted on tonight and tomorrow, and it has broad impacts on higher education. While I might be optimistic in the long-term, there are profound challenges in the short-term in terms of what kind of college experience different individuals will get and the impact of that on the kind of society we have broadly.”
—Andrew Wall

Watch a video of the live event below: