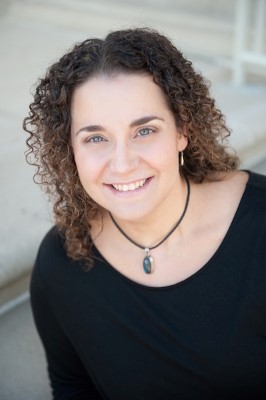 Originally from Newfoundland and Labrador, Canada, Nicholle Andrews is Director of Choral Studies at the University of Redlands. Under her direction, the choral ensembles at Redlands have performed at national and international festivals. She is in high demand across North America as a conductor, adjudicator, and clinician.

At the University of Redlands, Andrews’ areas of specialization include choral conducting and ear training. She also offers a graduate seminar on performance anxiety, an undergraduate course on understanding contemporary music titled Ear Cleaning, and a Freshmen Music Seminar.

Andrews is currently training as a body mapping clinician (Andover Educator). Her areas of research include the study of performance anxiety in musicians, pitch perception, and awareness of the body through conducting. Her publications can be found in sources such as the Journal of Research in Music Education.

In January 2013, Andrews created the University of Redlands Youth Choir as a training program for children from surrounding communities, and music education students at the university. The program is now in it's third year and has grown in numbers allowing the creation of a training chorus (ages 5-8) as a feeder ensemble for the youth choir (ages 9-16).

Andrews was technical director of the international non-competitive festival of choral music, Festival 500 Sharing the Voices from 1999 to 2005. This heralded choral festival and academic symposium bring together singers, conductors and scholars from cultures worldwide. She served as special programs coordinator at the Banff Center for Fine Arts Music and Sound department in 1999 and 2002.

Andrews has also taught music (kindergarten to grade 12) in several public schools throughout Canada and England.