The University of Redlands ACDA Student Chapter is an organization devoted to promoting choral singing, engaging in community outreach, and supporting the next generation of choral professionals.

We are excited to announce the inaugural member of our ACDA Student Chapter's Choral Composer Series: Jake Runestad! Jake will be presenting on Friday, March 26, 2021 at 11 AM. Email timothy_cunningham@redlands.edu to sign up! 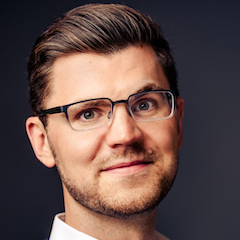 Jake Runestad is an award-winning and frequently-performed composer of “highly imaginative” (Baltimore Sun) and “stirring and uplifting” (Miami Herald) musical works. He has received commissions and performances from leading ensembles and organizations such as Washington National Opera, VOCES8, the Swedish Radio Symphony, the Netherlands Radio Choir, the Dallas Symphony Orchestra, the Santa Fe Desert Chorale, Seraphic Fire, the Louisiana Philharmonic Orchestra, the Philippine Madrigal Singers, and more. “The Hope of Loving,” the first album of Jake’s music, recorded by Craig Hella Johnson and Conspirare, received a 2020 GRAMMY award nomination. Jake’s visceral music and charismatic personality have fostered a busy schedule of commissions, residencies, workshops, and speaking engagements, enabling him to be one of the youngest full-time composers in the world. Considered “one of the best of the younger American composers” (Chicago Tribune), Jake Runestad holds a Master’s degree in composition from the Peabody Conservatory of the Johns Hopkins University where he studied with Pulitzer Prize-winning composer Kevin Puts, in addition to formative mentoring from acclaimed composer Libby Larsen. A native of Rockford, IL, Mr. Runestad is currently based in Minneapolis, MN. Find out more at: JakeRunestad.com.

The University of Redlands ACDA student chapter is proud to present our Choral Education Series. We have invited several amazing conductors and musicians from all around the world to present important topics in the field. This event is open to the public, please fill out this form if interested in attending. 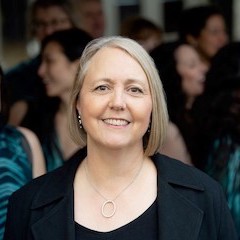 Morna Edmundson is one of Canada’s best-known choral conductors with a strong reputation for excellence. Based in Vancouver, she is Artistic Director of Elektra Women’s Choir and also EnChor Choir, an auditioned SATB ensemble for mature voices. Passionate since childhood about choral singing, Morna obtained degrees and diplomas in vocal music in Vancouver, Bellingham, and Stockholm, Sweden where her teachers included Eric Ericson. Under her leadership, Elektra is a proud leader in the women’s choir community, programming a season of concerts, commissioning, recording, and engaging with women of all ages and their conductors through a suite of community engagement programs. For 14 years Morna shared her love of quality repertoire with a new generation of singers in her role as Associate Artistic Director of Coastal Sound Music Academy. Morna has adjudicated in North America and Asia, conducted state honour choirs, co-directed the American Choral Directors Association National Women’s Honour Choir, and gives frequent workshops with choirs of all ages. She curates a series of Canadian compositions and arrangements for accomplished treble choirs at Cypress Choral Music. Her accomplishments have been recognized with the BC Choral Federation’s Healey Willan Award (2000), a BC Community Achievement Award (2009), YWCA Woman of Distinction Award, Arts and Culture category (2011), UBC Alumni Builder Award (2017), and in 2020 was inducted into CBC Radio’s “In Concert Classical Music Hall of Fame”. Since 2013, she has served as a Board member of Chorus America, the advocacy, research, and leadership development organization that gives voice to the choral field. She currently serves the BC Choral Federation as chair of its Willan Council and, in 2020, joined the board of Choral Canada as President-Elect.

Entrepreneurship, Collaboration, and Cultural Appropriation: Experiences of a Choral Director in the Modern World 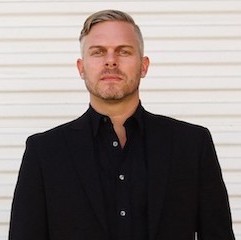 From the beginnings of a choral ensemble to ensuring its legacy, this informal talk shares the major tenets of developing a thriving choral ensemble that make a difference both musically and culturally.

Daniel I. Paulson enjoys a multifaceted career as a conductor, composer, music educator, soloist, and clinician. He is an alumnus of the School of Music at Sacramento State University and California State University, Los Angeles with degrees in voice performance and choral conducting, and is currently a doctoral student in music education at Teachers College, Columbia University.

Daniel has been a featured conductor on the International Festival of New American Music in Sacramento, CA, the Old First Concert Series in San Francisco, CA, and the American Choral Directors Association’s 2011 National Convention in Chicago, IL.

His extended education includes studying early music with the Western Wind Ensemble, the King’s Singers, and at the 2013 American Bach Soloist’s Summer Academy. He has been a featured presenter at the TEDx Sacramento Conference, for the Sacramento Chapter of Creative Mornings, and in the Summer of 2014, he spent a month teaching vocal/choral music as a guest lecturer at the National University in Costa Rica.

Currently, he is Professor of Voice and Choral Music at Sacramento City College, is an adjunct instructor in voice at Teachers College, Columbia University, is a resident artist with the Tahoe Symphony Orchestra and Chorus, and serves as the Founder & Music Director for Vox Musica. (voxmusica.net) 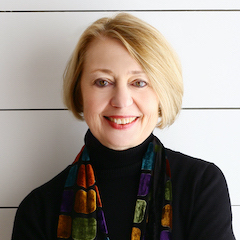 Dr. Hilary Apfelstadt is Professor Emerita of Choral Studies at the University of Toronto where she held the Elmer Iseler Chair in Conducting. From 2013 – 2018, she was also artistic director of Exultate Chamber Singers, a semi-professional ensemble in Toronto. In September 2020, she was appointed Interim Executive Director of the American Choral Directors Association (ACDA).

A native Canadian, she has led her university choirs in performances at conferences of ACDA, and at Podium, the national professional conference of Choral Canada. She has guest conducted numerous honors choruses and festivals through the U.S. and Canada, including more than 35 all-state high school choirs. She directed the 2014 National Youth Choir of Canada, and has conducted choral festivals internationally in the UK and Europe. Her teaching experiences range from public school to community ensembles to church choirs.

During her career, Hilary Apfelstadt has mentored many young conductors. She has advised almost 90 graduate conducting majors, many of whom now hold significant positions. She has published numerous articles and book chapters, and co-edited Teaching Music Through Performance in Choir, v. 5 (GIA, 2019). Her book on the life and work of Canadian composer Ruth Watson Henderson, I Didn’t Want It To be Boring (Toronto: Prism Publishers) won Choral Canada’s award for Outstanding Choral Publication in 2018. 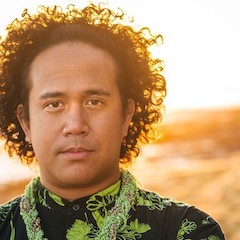 Known for his work in celebrating the intersection between Hawaiian music and choral performance, he is the artistic director of Nā Wai Chamber Choir, a professional vocal ensemble based in Hawaiʻi dedicated to the preservation and propagation of Hawaiian choral music. Under his direction, Nā Wai has commissioned and mentored emerging Native Hawaiian composers and conductors, toured throughout rural Hawaiian communities, and led workshops on the performance of Hawaiian choral music at schools and universities throughout the country.

Dr. Saplan’s research focuses on the performance practice of Queen Lili’uokalani’s choral compositions; multicultural perspectives in the choral rehearsal; intersections of choral pedagogy, gender, and sexuality in communities of color; and Native Hawaiian agency in music. His scholarship on these topics have also led him to lead clinics at the state, regional, and national level for the American Choral Directors Association, National Association for Music Educators, National Collegiate Choral Organization, and the LGBTQ Studies in Music Education Conference. He is a frequent clinician and adjudicator for state, regional, and national conferences and festivals. 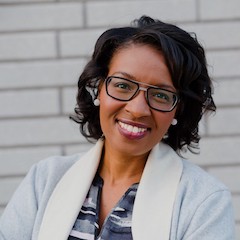 Dr. Melissa Morgan is the Assistant Professor of Choral Music in the department of Media, Arts, and Performance at the University of Regina in Saskatchewan, Canada. Her responsibilities include conducting the auditioned, Chamber Singers, and the non-auditioned Concert Choir in addition to teaching courses in vocal diction and choral conducting.

An active conductor, she is frequently asked to serve as a clinician, adjudicator, and guest conductor with high school, children’s choirs, and church choirs throughout Canada. Previous to her appointment at the University of Regina, Dr. Morgan was the Pfeifer Memorial Chair of Music at Luther College High School and the founder and artistic director of the former community ensemble, Prairie Chamber Choir.

As a researcher and scholar, Dr. Morgan has contributed articles to Teaching Music through Performance in Choir, Vol. 5. She is also published in the Canadian Music Educators Journal, and the American Choral Directors Association monthly publication, Choral Journal. She has done significant work to promote choral art music by Prairie composers. Her recording, Wake the Grain: Choral Art Music from the Prairies, which was created to celebrate and honour composers from the Prairie region with a hope to encourage and support new Canadian music, can be found on Spotify and Apple Music.

In October 2017, Dr. Morgan was named as one of CBC Saskatchewan's Future 40 under 40 recipients. Her choirs have won numerous awards including, receiving second place in the Choral Canada National Competition for Amateur Choirs, chamber choir category. On several occasions, she has prepared choirs to perform with the Regina Symphony Orchestra. In addition, her choirs have received invitations to perform on the stage of Lincoln Centre, and at events including, the Association of Canadian Choral Communities, Podium Conferences, and several provincial and national music festivals and ceremonies.

This calendar is subject to change