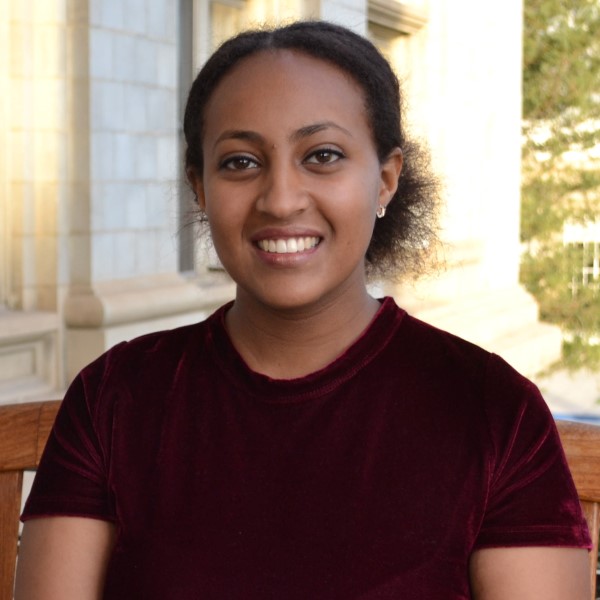 Tinbite Elias Legesse is currently a third year undergraduate student at the University of Redlands double majoring in International Relations and Public Policy with an emphasis in peace and conflict studies. Legesse spent her formative years in her home country of Ethiopia cultivating her understanding of what it means to be Ethiopian in a global context. She then spent the next decade in Asia where she was educated in Pakistan, Malaysia, and China, eventually graduating high school from the International School of Beijing. These cross-cultural experiences have helped her develop different lenses through which to understand the world. At the University of Redlands, Legesse is highly involved on campus and throughout the community serving in different capacities for social justice organizations on campus. She has been inspired to build platforms that engage people in topics like race relations, civil participation, and sustainability by participating in programs that build diverse partnerships, such as S.P.A.R.C., and running educational workshops in the San Bernardino Juvenile Hall. Legesse believes that the only way to enact change is through the participation of the solution process. During her summer internship at the Donkey Sanctuary Ethiopia, a UK based NGO, Legesse wrote articles on systemic bias as it relates to equine care and the Ethiopian Economy. She also initiated work on a project proposal to acquire funding for equine transport vehicles.

Her main academic interests are in government formation and geopolitical analysis. She aims to use the skills that she’s learned to help in restructuring the Ethiopian government system. Her experience working in the Admissions office at the University of Redlands, as well as an Events Coordinator with Roots and Shoots have equipped her with the organizational and interpersonal skills to engage diverse audiences. In her spare time, Legesse enjoys binge watching segments of Jon Oliver and the 2007 comedy series, Chuck. Legesse is grateful to the University of Redlands for enabling her to sculpt her education with the help of accomplished professors and incredible mentors. Redlands has given her a space where she is constantly stimulated and challenged, allowing her to grow both professionally and personally. She is incredibly excited for further opportunities that the Hall Network Scholarship will lead to. After completing her undergraduate studies, Legesse plans to pursue a graduate degree in international security specifically analyzing water scarcity and the geopolitical effects of climate change in Sub Saharan Africa and the Middle East. 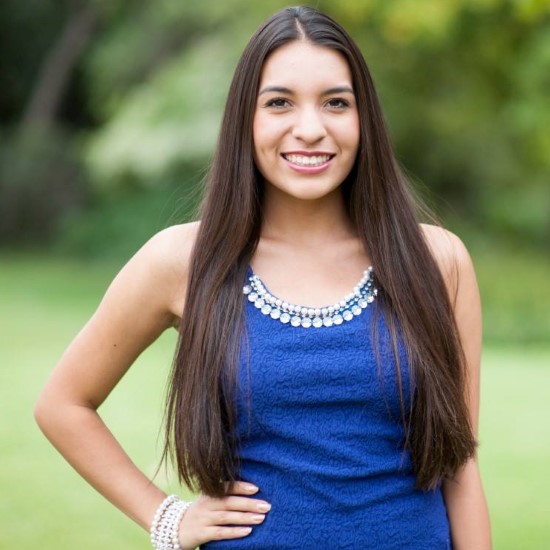 Kristen Sauceda is currently a sophomore studying Public Policy, Political Science and History. She plans to use her majors and minor to analyze the effects of our current education policies. Her ultimate goal is to create new education policies and develop better educational programs throughout our nation.

At the University of Redlands, Kristen works as an Admissions host for the Office of Admissions and a research assistant to the director of the Public Policy program. In ASUR, she is the director of administration for convocations and lectures where she helps coordinates the arrival of guest speakers on campus.

Sauceda grew up in La Habra California but plans on moving to Washington D.C. right after she graduates. She spent her past May Term exploring the Politics and Policymaking in Washington D.C. and she fell in love with the vibrant city. In D.C., she plans on attending graduate school to pursue her Master’s in Education Policy. She ultimately wants to live and work in Washington D.C. to influence the creation of new education policy.

Kristen is very thankful for the Hall Network and their support to pursue her summer internship! 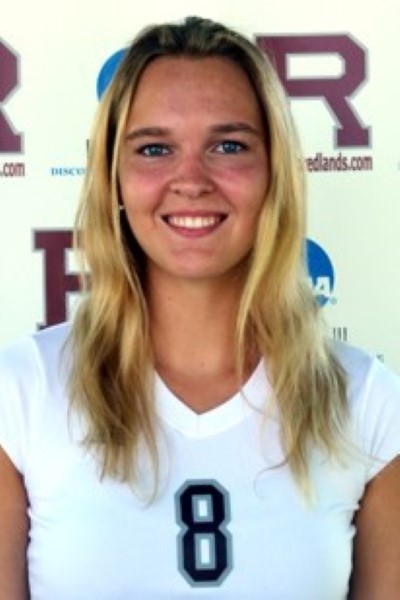 Melanie Fyda is a Sophomore at the University of Redlands, pursuing a Bachelor of Science degree in Environmental Science with a minor in Biology. Melanie grew up outside of Chicago, Illinois and spent a year studying at the University of Massachusetts-Boston before transferring her sophomore year to Redlands. She is a captain of the volleyball team and is involved in several organizations on campus including Student Athletic Advisory Committee and Beta Lambda. As a Dean’s List student, Fyda is extensively committed to her academics and optimizing opportunities offered through the University to gain experience in her field of interest. During the spring semester, Melanie is volunteering on Dr. Lei Lani Stelle’s marine mammal research project in Southern California. She plans to study abroad in Cairns, Australia in the spring semester of 2019 where she will be participating in a research-intensive program that incorporates an independent research project on a topic of interest. She is passionate about marine conservation and remediation efforts and hopes to pursue a career that incorporates community-based involvement with support from policy and management. Along with marine ecosystem management, Fyda is also a strong supporter of the urban agriculture movement and sustainable farming initiatives, with experience volunteering at start-up greenhouses, producing and maintaining landscape layouts, and developing an agroecological garden framework.

Melanie is greatly appreciative of her Hall Network Internship which will allow her to participate in a domestic internship opportunity this upcoming summer. She is currently in the process of applying and interviewing for several internships in marine research, and conservation across the country, as well as a number of horticultural internships in Chicago. These opportunities will allow her to make connections in the environmental science sector and grow as a student and future scientist. 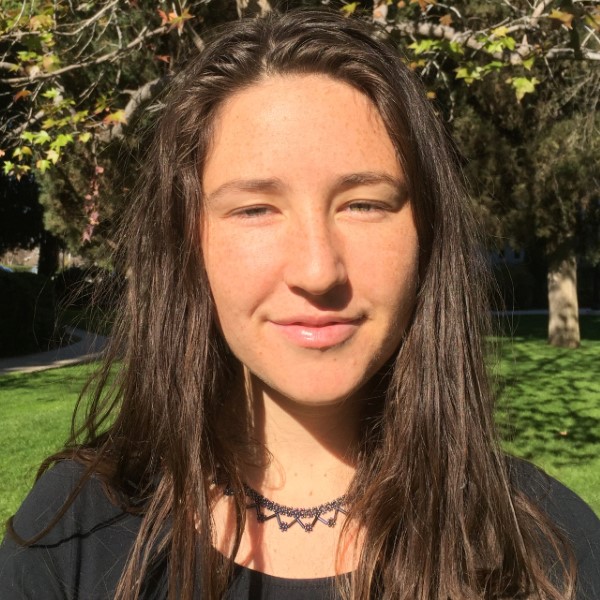 Elise Eifler is currently a junior at the University of Redlands within the Johnston Center for Integrative Studies. She is creating her own emphasis in Environmental Justice: Policy and Politics. She is interested in witnessing and analyzing the intersectionality between different justice movements, such as environment, race, and gender oriented movements.

She is currently a trip leader for the university’s Outdoor Programs, where she co-facilitated camping and back-packing trips in Escalante Utah and Tuolumne Meadows in the Sierra Nevada. She is also the co-president of Students for Environmental Action, where she is collaborating with the club to create a forum called 21st Century Education: Sustainability and Environmental Justice. Her freshman year, she created a post-consumer composting proposal for the University, which the club is currently trying to instigate. She presented it to the University’s Sustainability Council, which she currently participates in monthly. She also works within the Sustainable University of Redlands Farm, working with the native plants, and she is currently starting a section for native edible and medicinal plants. She loves to spend time in the garden, because it is a place where time moves slower and allows her to breathe and be present.

Her sophomore year, she had the chance to travel to Vietnam, Morocco and Bolivia, studying abroad with the School for International Training’s International Honors Program and focused on the impacts of climate change on the politics of food, energy and water. She visited green businesses and renewable energy innovators. The class learned from professors, activists, lawyers, government officials and local politicians on topics such as climate policy and globalizations impact on climate change. In Vietnam she watched a fishing canoe with two octopi scuttle and dance through other trapped sea-creatures for twenty minutes, falling in love with their agility and intelligence. They are now her favorite animal! 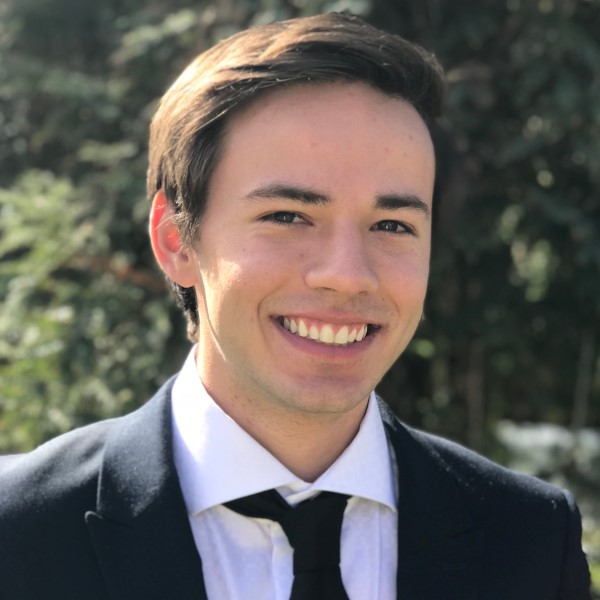 Luke Bohlinger is a Junior at the University of Redlands pursuing a major in Political Science and minor in International Relations. Luke was raised in Seattle, Washington and attended Mercer Island High School. Luke was inspired to study Political Science as an undergraduate due to his desire to serve the public and gain a deeper understanding of our nation's government. His interest in public service began with his grandfather, John Bohlinger, who served twenty years in the Montana State Legislature as a representative from Billings, Montana and two-term Lieutenant Governor for the state. Throughout his youth, Luke watched his grandfather craft policy and work tirelessly on behalf of constituents. His aim was to improve the state of Montana through the legislative process. Most notably, Luke’s grandfather introduced the same bill every legislative session for sixteen years that would ban individuals from carrying guns on school campuses. That tireless effort both intrigued and inspired Luke. Additionally, Luke’s maternal grandfather, peaked Luke’s interest in public service through his efforts as President of the Montana State Bar Association and other civic-minded activities. Both grandfathers, through their examples of public giving, motivated Luke to pursue a degree in Political Science. At present, Luke’s interest in working as an intern in Washington D.C. is to experience the legislative process on a national level which will assist in preparing Luke for a post-graduate career in public service.

Luke is also an accomplished student and has maintained a 3.6 cumulative grade point average, and a 3.87 grade point average within his Political Science major, placing him within the top 5% of his department. Luke earned SCIAC All-Academic honors in 2016 and a place on the Dean’s List during the Spring 2017 semester as well as NCAA Division III All-Academic recognition.

Luke is also actively involved in extracurricular activities at the University of Redlands. Luke is a member of the Chi Sigma Chi fraternity, a tutor for youth at the Micah House in Redlands, and a third year student athlete on the Track and Field team. Luke has run track since he was 10 years old and has experienced a great deal of success throughout his tenure as a track athlete. In college, he gained USTFCCA All-Region accolades during his freshman and sophomore years and had the privilege to compete for the U.R. team at 2017 NCAA Div. III Nationals in both the 4 x 100 relay and 100m dash. His year culminated in 16th place nationally in the 100 meter dash. Furthermore, Luke was honored to be named as one of the team captains for 2018 University of Redlands Track and Field team.

Additionally, Luke has developed a strong passion for aviation from his father who is an Airline Captain flying a 737 for Alaska Airlines. This passion motivated Luke to earn his Private Pilot License last summer. In the future, Luke would like to combine his two interests, politics and aviation, and work for an aviation interest group like the Allied Pilots Association. More immediately, upon graduation Luke would like to work in Washington D.C. as a legislative assistant for a U.S. Senator. Alternatively, Luke would like to attend the Air Force Officer Training School with the hopes of becoming an Air Force pilot.