Enrich Your Personal and Professional Development with Theological Education

Our Certificate in Theological Studies (C.T.S.) fosters development of theological understanding as part of educational, professional, and spiritual growth. This program provides an excellent overview of theological education and can be completed in one or two years. Flexible for busy lives, you can take one course at time, or all four! We believe an understanding of theological perspectives fosters compassion and connectivity—skills that are essential to improving relationships and communication in personal and professional life.

Four 3-unit courses for 12 credits total. Credits can be transferred to our master's degrees (M.A.T.S. or M.Div.) if you would like to deepen your studies, broaden your electives, explore Chaplaincy, or become interested in other forms of ministry. The transfer of credit is dependent upon successful admissions into a degree program.

This course offers a critical introduction to the Old Testament/Hebrew Bible. Students will learn about the ancient Near Eastern context of the OT/HB and the history of ancient Israel. This semester, we will investigate the processes from original, oral transmission of prose and poetry to the formation of canonical books. We will also interrogate different streams of tradition (theologies) within the text.

This course is an introduction to the life, work, and theology of Paul as they are reflected in his seven undisputed epistles in the New Testament and in other related documents within and outside the NT. The course will discuss Paul’s life/work and survey his letters in their chronological order. Special attention will be paid to the particular historical circumstances and theological concerns of each letter. The primary mode of inquiry in this course is historical-critical, but hermeneutical questions will also be raised with regard to the application of Pauline theology to current theological issues.

History of Christianity I

This course provides an introduction to the history of Christianity and historical theology from the second to the seventeenth centuries. We will introduce you to the continuities and varieties of Christian experience and belief in different times and places across the globe—and to the complexity of Christianity's social, cultural, and political entanglements in these contexts. You will be exposed to the politics, ideas, and actions that gave rise to Protestantism, and the intimate relationship of Protestant and Catholic reforms. This course will encourage you to apply the critical skills and aptitudes developed in your study of the past to situations of religious life, leadership, and service today.

This course is one of two introductory courses to Christian theology. Its purpose is to help students gain a basic knowledge of the theology of the universal  church, especially as these topics are understood in the Reformed tradition and in conversation with feminist and other contemporary theologies. Beginning with the doctrine of humanity, it looks at original goodness and our fall into relational forms of sin as pride, despair and denial. It then looks at the person and work of Jesus Christ from a variety of perspectives. It also looks deeply at the meaning of our being "saved by grace through faith alone," and the roles of divine and human Spirit in bringing about healing. The course concludes with the nature of the Christian spiritual life, including sanctification and vocation, the church and its mission in the world and sacraments.

Religious communities of ancient Israel and subsequent eras practiced worship as an expression of faith and as communal formation.  This class examines worship, liturgy, and ritual in Israel’s First Temple and Second Temple periods, including both central temple worship and local worship practices.  Discussions will cover elements such as sacrifice, atonement, offering, sharing, eating together, music, teaching, prayer, and more.  We will strive toward a holistic view of ancient worship within the context of daily life, observing how practices adapt over time with changing communal needs and contexts.

This course is a general introduction to the canonical and apocryphal Gospels and Acts in early Christian literature. Major methodological issues in current Gospel scholarship will be introduced first. Then, each text of the Gospels and Acts will be interpreted in terms of its literary characteristics, historical background and theological ideas. Throughout the course hermeneutical implications of the critical interpretation of the bible will be raised and discussed.

This course is an introduction to the history of Christianity from the Sixteenth century to the present. During this time, Christianity became the largest religion in the world. Along the way, it was transformed again and again as it adapted to vastly different, changing cultural, social, and political environments. Topics will include the roles of Christian churches in European colonialism, the impact of expanding cultural networks across the globe on religious knowledge, cultural hybridization; Christianity and the rise of nation-states; the conflict of religion and science; the role of Christianity in slavery and in anti-slavery, suffrage, fascist, and labor movements; the rise and fall of American denominations; and the competition of orthodox and pluralistic theologies. Lectures, readings in primary sources, discussions. Midterm and final examinations (term papers may be substituted).

The first semester of a two-semester introduction to Christian theology. Beginning with the meaning of religious faith, we move into the method question of the relation between divine revelation and the authority of scripture, human reason and experience. From there, we investigate the meaning of God using ancient and contemporary Trinitarian theology; Reformed theologian John Calvin, feminist theologian Elizabeth Johnson, and Latin American theologian Gustavo Gutierrez. We conclude with differing understandings of creation, and God's relationship to human suffering. Three exams (with option of substituting papers for exams). [Auditors with faculty permission]

Learn about our robust theological education in our inclusive and reflective community. 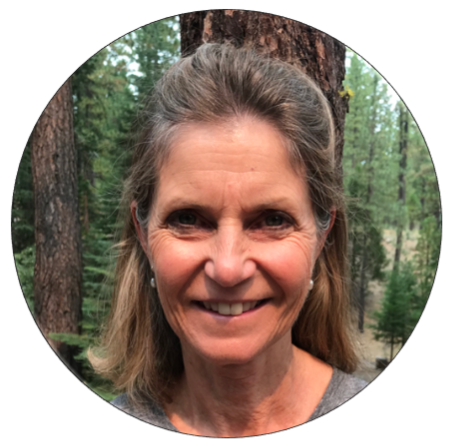 “I’m so excited to be learning so much already!  It's uplifting and awe-inspiring.  I wanted to study theology to expand my view of God, and it's already happening in Week One. Thank you!”

Create an account and begin your online application today.

Consider scheduling an appointment with an enrollment counselor.

If you're still exploring your options, let us help.