What is European? In America, Europe is often thought of as a racially and culturally uniform block: racially white, politically secular, culturally Christian or post-Christian, scientifically advanced, economically privileged and domineering. This Salzburg-based course offers a different view, afforded by the medieval and modern experiences of migration. The histories of migrations in Europe highlight the continent’s dynamic political and cultural pluralism. The course examines human movement and the cultural and social identities this produced in Europe’s dominant religion (Christianity, in its Roman Catholicism and Protestant forms), in the cultures of its past and present minorities (Jewish communities figure prominently here), in relation to the development and crises of nation states, and as a factor in European unification. We will approach migrations and identities through the study of several historical locations in Central and Eastern Europe (e.g. Vienna, Salzburg, Prague, Transylvania). The course will include site visits in Salzburg, Vienna, Berchtesgaden, Enns, and Melk. Through the study of these localities, approached through seminal moments in their histories, students will be introduced to medieval and modern European population movements; the basic social and political structures of pre-modern Europe; the role of prejudice, war, and pandemic in migration; and the histories of Jewish, Eastern Orthodox, Catholic, Protestant, and Muslim religious identities, culture-based national identities, European racism, movements of European unity, and the recent migration crisis (2015-2019).

The course may be taken as a Graduate School of Theology (GST) elective, a College of Arts and Sciences (CAS) undergraduate elective, and a credit or non-credit course in the School of Continuing Studies (SCS). Tasks and activities are calibrated to each group of students, but combined activities take advantage of the variety of student interests, goals, and background experiences.

PRE-DEPARTURE READING PERIOD 6/6 - 6/20
For CAS and GST students only.

DAILY STRUCTURE OF CLASSES 6/20 - 7/1
Daily Structure of classes in Salzburg include lectures, discussion groups, tasks and activities in break-out sessions, local and regional site visits on most days.

Costs for this program are a combination of food and lodging in Salzburg, a course fee and number of credits depending on your school association , as well as travel to/from Salzburg.

Dates and Credits Per School 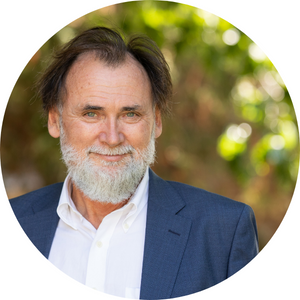 Christopher Ocker came to San Francisco Theological Seminary in 1991 and has been a member of the Core Doctoral Faculty of the Graduate Theological Union at Berkeley since 1992. He has served as Associate Director of the GTU’s Center for Hermeneutical Studies, Co-Director of its Center for the Study of Religion and Culture, and Chair of its Department for Cultural and Historical Studies. He is also affiliated with the Department of History, the Medieval Studies Program, and the Berkeley Center for the Study of Religion at the University of California. He has been a fellow of the Institute for European History in Mainz, an Alexander von Humboldt Fellow of the Max Planck Institute for History in Göttingen and the Institute for Advanced Study at the University of Constance, and most recently a Senior Fellow of the Center for the Comparative History of Monasticism at the Technical University of Dresden, Germany. Recognized for his work on the medieval background to the Reformation, Ocker’s research focuses on medieval and Reformation Europe, the history of biblical interpretation, religious conflict, and theology. 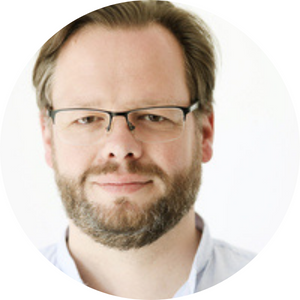 Born in Linz, Upper Austria, in 1977, Wolfgang has a master’s degree in German language and literature. After several engagements at art, theatre and film festivals he worked as a cultural journalist. From 2009 to 2015 he was active as local researcher and production assistant for films and documentaries related to the Holocaust. In 2009 he also started to be a guide at Hartheim Castle - Place of Learning and Remembrance. From 2011 to 2014 he has been a member of the educational team of Mauthausen Memorial, heading the department in the last year. He has been a faculty member of the Salzburg Semester since 2015 and continues working as a consultant, curator and educator in the field of Holocaust education. He is taking part in the German project "History in Dialogue,“ focusing on a visitor-centered approach at memorial sites. He is heading the core team of "Next door to Hartheim,” a project developing models on how to address the Nazi killing site’s ties to its civic surroundings. In spring 2019 he started as a consultant for the United States Holocaust Memorial Museum, co-developing education for its German travel exhibition "Einige waren Nachbarn/Some were Neighbors.”