Redrawing the Map of Religion 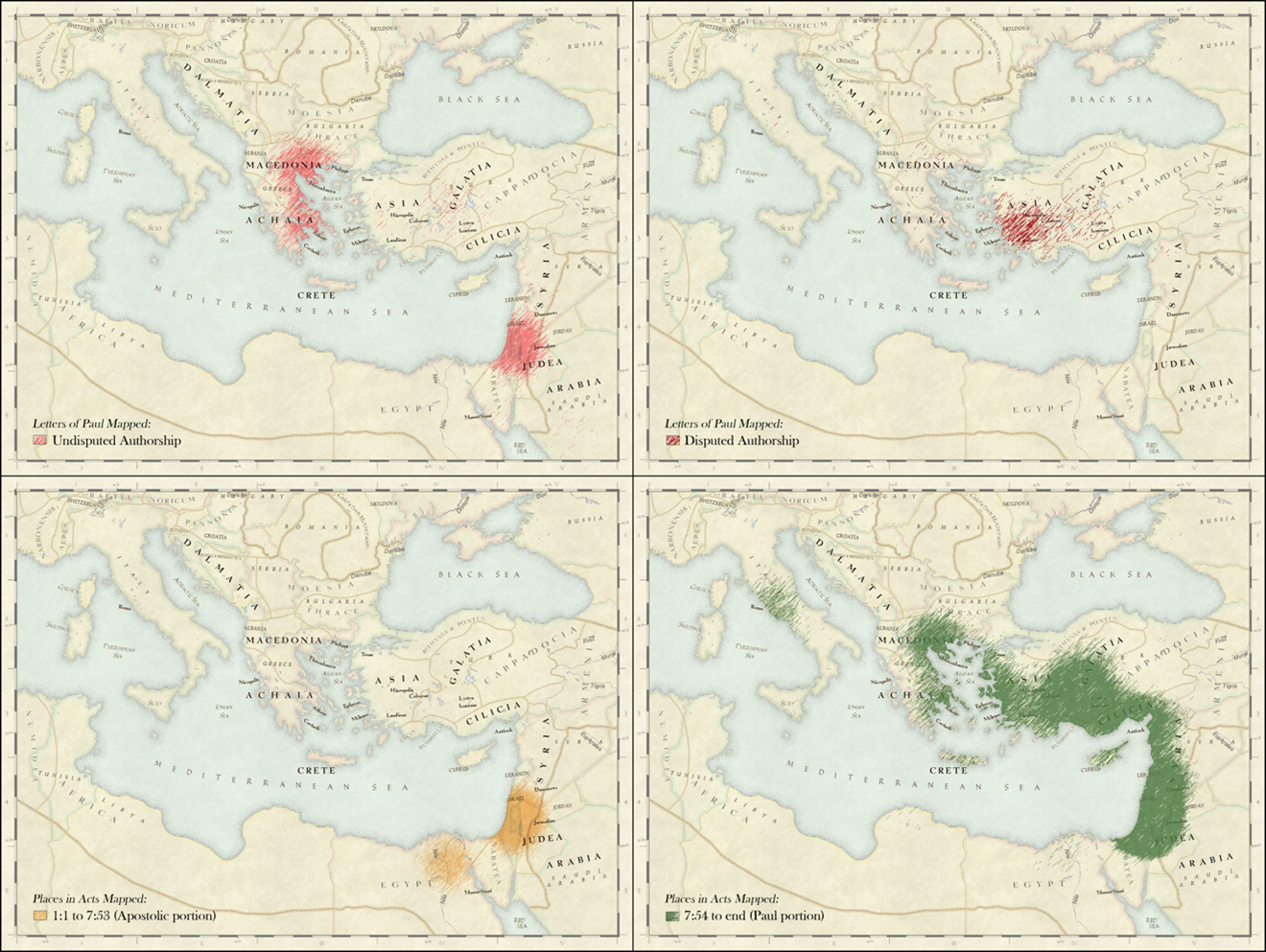 In her first year as a Religious Studies faculty member at the University of Redlands (2006), Dr. Lillian Larsen enlisted her ‘Christian Scriptures’ students in using spatial tools to deconstruct the maps of emergent Christianity that have been included in Protestant bibles since the sixteenth century (cf. Delano-Smith, “Maps in Bibles” 1990). In subsequent work, ‘re-drawing’ these familiar biblical maps has served as something of a sandbox for iteratively testing and interrogating the ‘authority inherent in all mapped surfaces’ (J. Brian Harley, “Deconstructing the Map” 1989; Cf. Larsen and Benzek, “Minding the Gaps” 2014). Supported by grants from the Keck Foundation, and in collaboration with the Redlands MsGIS program, as undergraduate and graduate students have applied a spatial lens in collaboratively re-examining and re-interpreting biblical texts, they have cartographically captured echoes of the competing voices which shaped emergent Jewish and Christian practice (Larsen and Benzek, “Min(d)ing the Gaps” 2016). In this, shared endeavor has provided ongoing opportunity to explore the ways in which familiar maps have authorized dominant cultural and gendered norms, while effacing the rich diversity that complexifies both textual and historical religious landscapes (Larsen, “Mapping Religiously, or Religiously Minding the Map?” 2017). 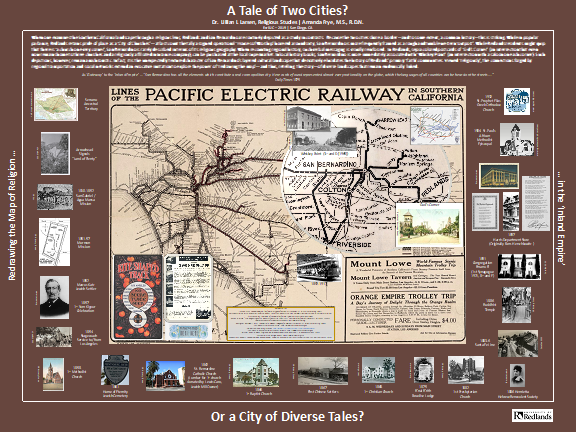 Perhaps predictably, involving students in “Redrawing the map of religion” on a global scale has inversely sparked interest in re-examining religious landscapes of more discrete scope. Supported by Esri Spatial Inquiry Grants (2019-21; 2020-21) – through funds administered by the Center for Spatial Studies – students have examined religious narratives, archival records and demographic data preserved in local and regional repositories. Mirroring parameters that emerged in reconceiving the “World of World Religions in New York City” (2005-6), the immediate aim here is to contextualize the historical diversity that has shaped the religious landscape of Southern California’s Inland Empire. 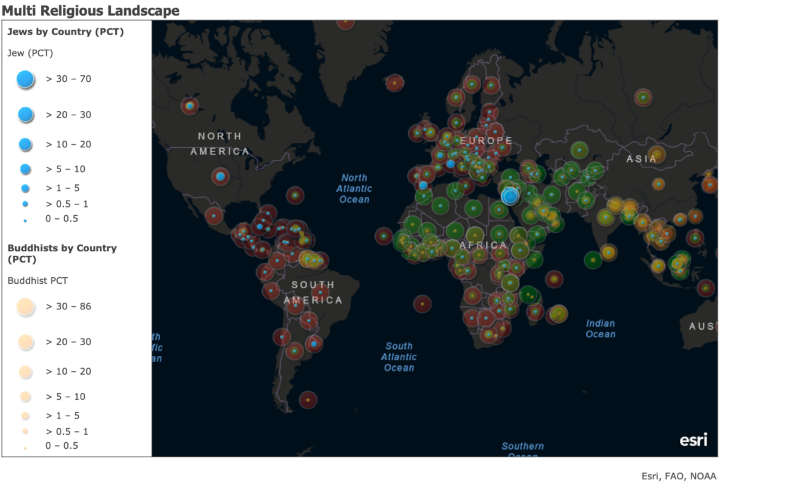 However, as students have spatially researched regional contours and of religious intersection and exchange, they have, derivatively, learned to contextualize these within broader geographical networks of national and global migration. In exciting complementarity, using Story Maps to ‘redraw’ familial religious histories has imbued SoCal landscapes with further complexity. Similarly, during the Spring 2021 term, this intersectional lens proved particularly productive in ‘inaugurating’ spatial exploration of the diverse religious voices woven into the fabric of the incoming Biden-Harris administration, relative to that of its presidential predecessor (cf. Larsen, Adair and Ashley-Morrishaw, “Inaugurating Gender and Religion in Politics” 2021).