Professor Jim Sandos has been publishing on the California missions since the mid-1980s. In both his book, Converting California: Indians and Franciscans in the Missions, and numerous articles he looked deeply into the question of Indian resistance against the missions. However, in his research he was frustrated by how little the documents of the era revealed about Indian participants. Names were given and the miscreant behavior described in detail but little else. Who were these individuals? What was their tribal group? What Indian language did they speak? Who were their parents? Whom did they marry? Did they have children? What were their mission occupations? Who were their new Christian godparents? When did they die? Fortunately, there was a source. It lay in databases compiled from the voluminous registers of each baptism, marriage and death kept by the priests at all California missions. Although priests maintained these records for religious purposes, the wealth of information recorded offers an extensive trove of information for research into the era especially when compiled into a searchable database. 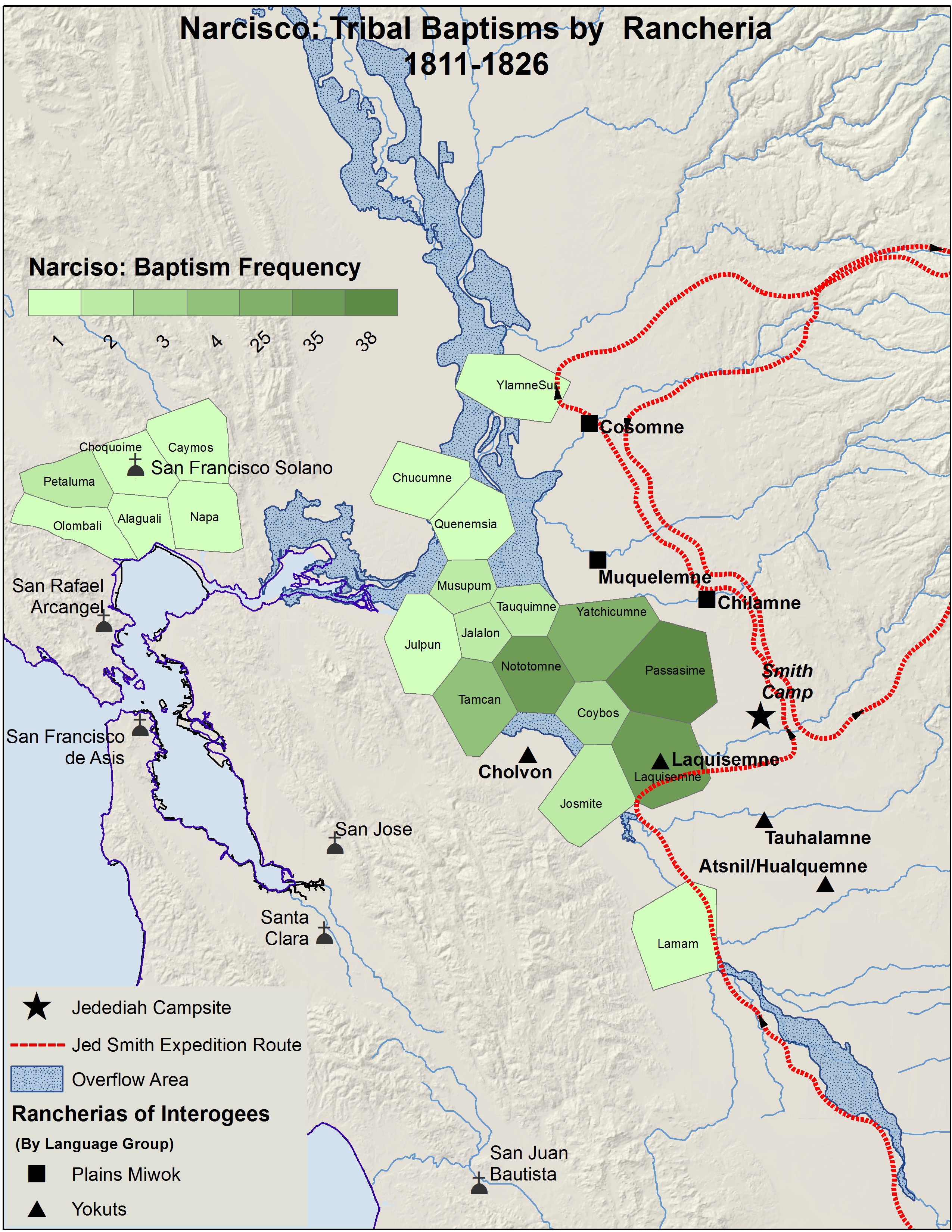 In 2006, Professor Sandos began working with the new, publicly available mission database compiled by scholars at the Huntington Library. As he dug further, he was fortunate to receive the gift of an extensive mission database from an anthropologist who had undertaken the daunting task of adding the derived fields of modern ranchería (village) location and tribal language for each individual. With a database containing specific geographic information, Sandos was able to build a deeper story of Indian resistance against the missions and map his results. From there, with critical support from the Center for Spatial Studies (CSS), he teamed with his wife, historian Tish Sandos, to determine what additional insights the combination of database and spatial analysis could shed on two major incidents: the sudden flight of 400 Indians from Mission San José in 1827 and the fierce rebellion against Mission San Diego in 1775.

On May 27, 1827, a military commander convened a special interrogation of recently baptized Indians at Mission San José to confront wild rumors about the unauthorized presence of American Jedediah Smith and his band of fur trappers. The key question before the tribunal: Was the resident priest correct that Smith had lured the Indians from the mission with promises of employment and an opportunity to return to their old lifeways; or was it, as the military and most of the interrogated Indians attested, that an Indian official, Narciso, was responsible for the flight? The interrogation also investigated reports that a pending attack on the mission by an enemy tribe, stirred up by the arrival and promises of Jedediah Smith, had caused the exodus. To get to the bottom of the story, the Sandoses turned to database analysis and mapping.  The results were startling. The rancherías of the interrogated Indians and Smith’s camp were in the heart of the area of disruption and as well as in the center of those rancherías where Narciso was most active in his proselytizing efforts for the Franciscans. Recent arrivals to the mission likely resented, if not repudiated, Narciso seeing him as a face of the Priests. Moreover, the digitization of Smiths’ route, revealed that Smith’s path lead directly to the heart of the enemy tribe’s territory. 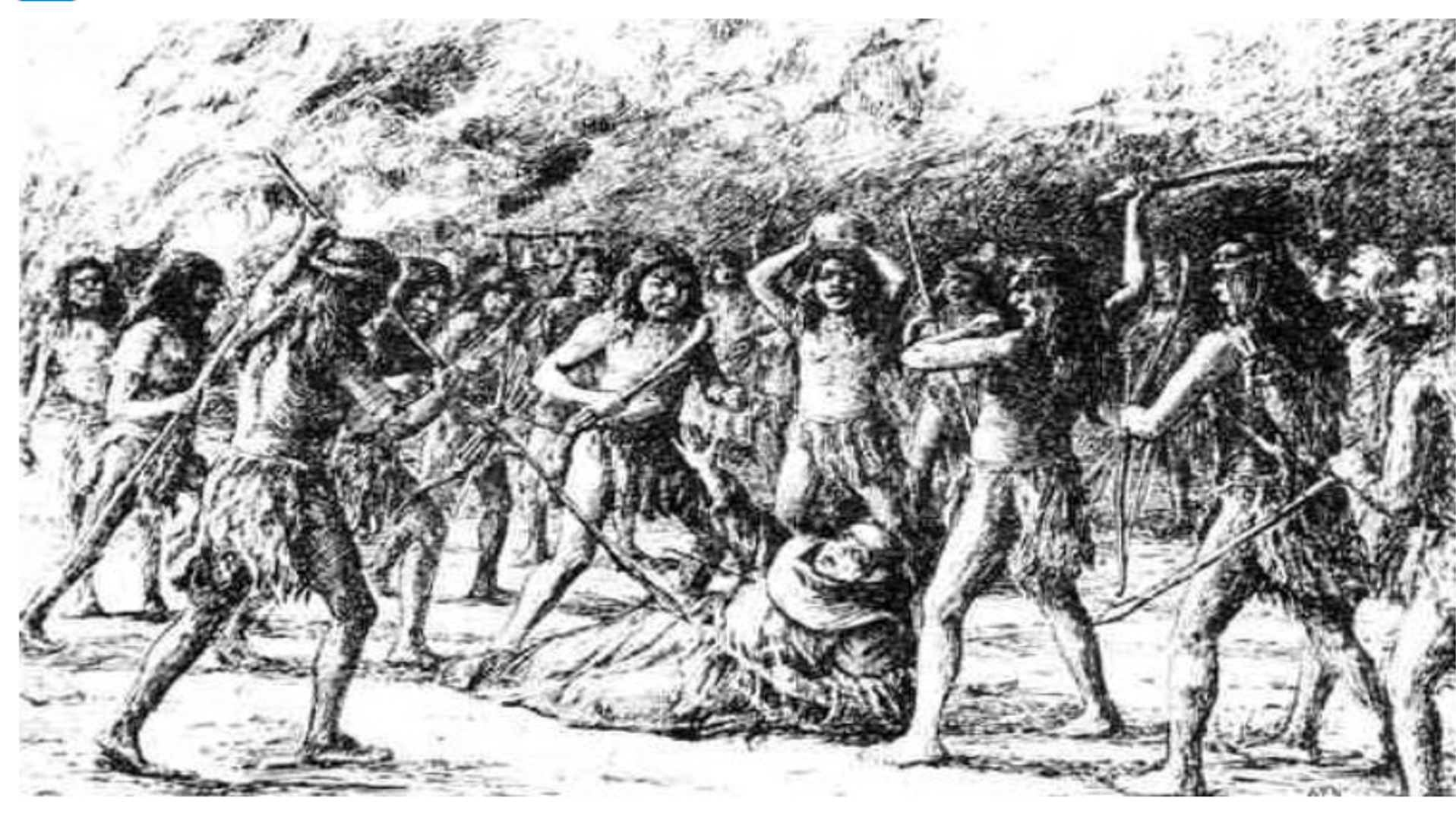 The Sandoses next reexamined a previous area of unresolved investigation. Mission San Diego, founded in 1769, became six years later the site of the first major uprising against Spanish colonial rule. The attackers burned the mission, took church objects, and violently killed the senior missionary Padre Jayme shooting his body through with arrows and crushing his face. It was a carefully planned military maneuver consisting of two war parties. One would destroy the presidio (fort) and the other assault the mission. The attack seemed to be without warning; yet there were clues. Since the mission’s founding in 1769, Christian evangelization had gradually brought forth newcomers to receive baptism. Suddenly, over the first four days in October 1775, 93 individuals accepted baptism representing over 20% of the total baptisms since the mission’s founding. Loyal Indians warned Padre Jayme that the new arrivals were plotting to overthrow the enterprise. In response, Jayme threatened to flog anyone who brought this charge again. He saw the increase in baptisms as representing a spiritual harvest granted to the Franciscans by their God. For years, scholars including the Sandoses, sought answers to explain the rebellion but, faced with contradictory evidence, failed to reach definitive conclusions.  Database and spatial analysis shed new light. By plotting the rancherías of all individuals baptized in those four days, a clearer picture emerged. Mapping revealed that each of these individuals came from rancherías south of the San Diego River and each village had participated in the rebellion. Thus, the uprising was not the result of isolated incidents of affront but a coordinated attack of affiliated rancherías south of the river against both the mission and most likely the rancherías to the north who had allied with the newcomers. Seemingly, it never occurred to the Spanish that the participants in this sudden influx, under the guise of seeking baptism, had come to the mission to scout the site and gather information to expel the invaders.

To bring their database and spatial research into the classroom, the Sandoses worked with Lisa Benvenuti, Spatial Resources Manager for the Center for Spatial Studies, to create The California Indian Seminar, an advanced research and mapping History class. In the course, students conduct original research into the mission databases and build a series of maps to bring forth the lives of selected individual California Mission Indians.  The class employs a thematic mapping approach to consider such issues as: tribal entry patterns, Indian accommodation and resistance to missionization, the impact of disease on native society, mission disruption of Indian life by gender, and Indian community building within the missions under externally directed social and religious change. Instruction in database research using Microsoft Excel and Access as well as visualization using ArcGIS Pro mapping software are key components of the class. Students invariably single out this first-hand experience with the databases and mapping software as important to their interest in the class. At the end of the semester, students comment that the course experience has allowed them to go beyond the conventional knowledge of the period and see the troubling issues of the era in a new and insightful way.