The project originated in 2018 when Conroy Reynolds, a professor in the School of Education, contacted Dr. John Glover of the Department of History with a question about the spatial and cultural origins of the enslaved Africans who were brought to his home country of Antigua, an island nation in the Caribbean, as a part of the Atlantic Slave Trade. Eventually, visiting professor Dr. Alana Beacon of Trinidad joined the project to assist in the creation of the initial maps and the resulting StoryMap. Using the Slavevoyages.org data on Antigua, Dr. Glover and Dr. Belcon utilized 600 voyage records to research the origins of the almost 120,000 enslaved Africans who disembarked on the island between 1677 and 1820. The results of this research are understandably limited. While the database identified seven historical coastal regions and thirty-three distinct ports in Africa that shipped enslaved Africans to Antigua those records do not contain the specific points and cultures of origin for those people. Slave trading ports acted like a funnel that drew in captives from a wide and often shifting zone that could stretch far into the interior of the continent. The maps that were created for Antigua thus provide us only with a range of possible regional areas and cultures of origin rather than an exact answer to the overall question.

After conducting this work, 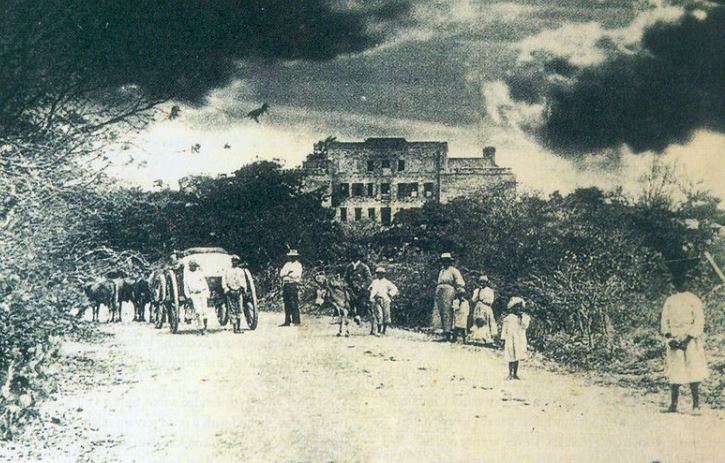 Dr. Glover and Dr. Belcon believe that although the Trans-Atlantic Slave Trade Database is a huge achievement, the presentation and visualizing of the data could be improved through the use of GIS in an interactive map. With the help of Jeremiah Huggins, an MSGIS graduate student, the project was then expanded to include the islands of Nevis and Jamaica in the first stage of this expansion. The long-range goal of the project seeks to encompass the entire Caribbean and the Americas in one interactive map that allows students, researchers, or the general public to select a region in the Americas and then explore the corresponding regions and ports in Africa from which enslaved Africans embarked. Layers such as historical maps of African states, trade routes, and ethnic/linguistic maps can then be added for additional context. A timeline tool will also be incorporated to demonstrate change across time as well as space.