This StoryMap tells the story of segregation in Redlands from the 1920s-1950s drawing on oral histories of Mexican American residents of Redlands. It traces the spaces and segregation and solidarity that emerged in a racially segregated city, where Black and Latino residents would need complex mental maps to know where and when they would be welcomed in the city's stores and recreation facilities. jennifer_tilton@redlands.edu 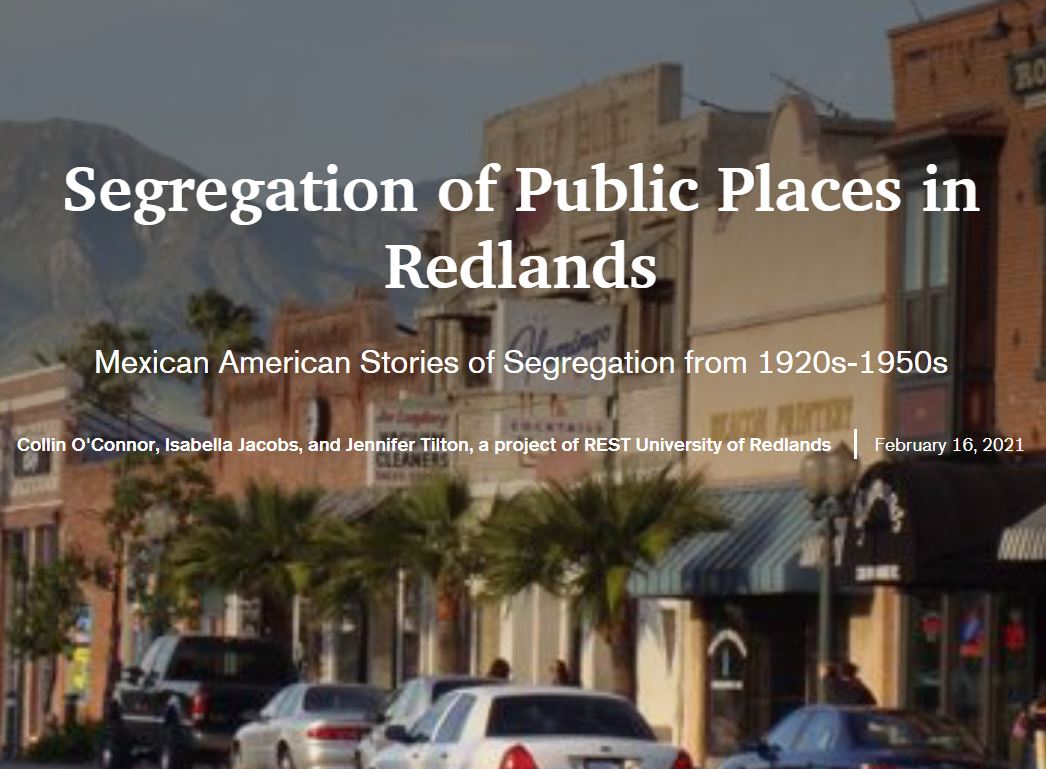