On Wednesday, April 14, 2021, the University of Redlands celebrates spatial learning, research, and community service conducted by students, faculty, administrators, and campus programs. Join us virtually for the following events!

Registration, which is free, permits us to send updates, reminders, and the meeting link.

We are digitizing historic census data for the Inland Empire from 1900-1970 so that we can map patterns of racial segregation, immigration and settlement in the early 20th century. While we know that housing segregation existed in the Inland Empire, there are no existing redlining maps for the region, and until now, no geo-referenced census data before 1960 to let us explore evolving patterns. We downloaded historic census data from IPUMS (University of Minnesota) and used historical census maps and other local historical sources to draw enumeration districts for each decade. We are now piloting the use of this data in a course about Inland Black History, but our goal is to create a publicly accessible geospatial database so scholars, students and residents can map changing patterns of segregation, homeownership, migration and settlement. This collaboration between the Race and Ethnic Studies (REST) department, the Center for Spatial Studies, and the Public History Program at UCR is funded by the Relevancy & History Project partnership with CA State Parks.

We are creating an integrated education and strategy-focused GIS pre-incubator, targeting disadvantaged post-secondary and high school students as well as people interested in starting a location-based business or using GIS as a business catalyst. We focus on helping individuals refine and validate business ideas, integrate geospatial thinking into their business plans, and getting ideas flushed out into fully functional businesses. Participants in the program could use GIS to locate a business in an underserved area, as part of their ongoing business operation, or even to become an Esri business partner.

What happens when a utility wants to expand electric vehicle (EV) utilization within its territory, but does not know where to put the EV charging infrastructure? This project will provide insight about how we utilized spatial data analysis with out of the box ArcGIS tools in ArcGIS Pro to combine datasets to establish the proposed location of an EV charging station. We will provide insight into data utilized, spatial analysis tools, and how the results guided leadership to make decisions.

This talk provides a report on the early stages of a research project that intends to create a geodatabase of the businesses listed and advertised in the Green Book from 1936-1967 for the purposes of further research and teaching. The first edition of the Black travel guide was conceived of and written by Victor (and later Alma) Green in 1936 for New York City only. Due to popular demand, the Green Book quickly went national, providing Black residents, tourists, and travelers with a comprehensive guide to friendly, safe businesses and services that would not discriminate in Jim Crow America (and beyond). This project seeks to promote a more comprehensive understanding of the historical geography of racism and segregation as well as the growth of Black businesses and communities and the freedom struggle across the entire mid-twentieth-century United States through mapping and spatially analyzing the annual editions of the travel guide.

A diversity of marine mammal species inhabit the waters of the Southern California bight yet relatively little is known about the populations.  Photo Identification is a minimally invasive technique providing insight into a species’ habitat use, social structures, and population size. The traditional approach of comparing photographs “by eye” is a time intensive, manual process that requires extensive experience.  New technologies have partially automated the process of matching images to create a catalogue of individual animals and a record of their re-sightings more efficiently.  Results of photo-ID studies on Bottlenose dolphins (Tursiops truncatus) and Blue whales (Balaenoptera musculus) will be presented, including GIS maps showing the seasonal habitat use of each species.

Mapping the Environmental Justice of Warehouses: Implications for a Proposed Regulation will introduce the South Coast Air Quality Management District's (SCAQMD's) Proposed Rule 2305, or Warehouse Indirect Source Rule (ISR). The ISR would require owners and operators of warehouses of or over 100,000 square feet to implement emission reduction measures across the broad region the SCAQMD has jurisdiction over. The ISR, however, is still awaiting final approval and in light of such approval, students in professor Dan Klooster's EVST-277 Environmental Justice course generated a number of GIS maps plotting several important variables typically considered in environmental justice claims. The three categories the variables fell under were social dimensions, cumulative exposures, and vulnerability and were mapped alongside markers indicating the location of all warehouses in the SCAQMD to help students make evidence claims about warehouses and their potential environmental justice implications.

Presentation of the Center for Spatial Business Student Excellence Awards

Presentation of the Tomlinson Prize for Excellence in GIS 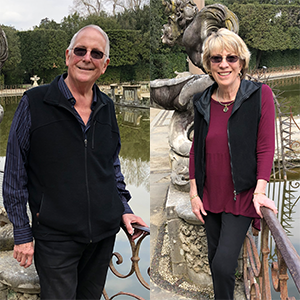 These two incidents of Indian resistance against missionization have been well documented in the written historical record. However, they were related exclusively from a Spanish and/or Mexican view. Until the recent compilation of databases derived from the mission registers of each Indian Baptism, Marriage(s) if any, and Deaths recorded by priests at the twenty-one California missions, the Indian voice was virtually unheard. The register databases permit detailed observation of individual Indian activity within the missions. Moreover, they lend themselves to the mapping of pre-contact Indian language groups and Rancheria (village sites) locations. In this presentation, we will show how, through database research and spatial analysis, we have uncovered previously unseen examples of tribal interactions demonstrating the significant role Indian agency played in Native American response and resistance to European colonization in California from the beginning of the Spanish enterprise in 1769 until nearly the end of the mission system under Mexican rule in the mid-1830s.

James has published on California missions and mission Indians for over thirty years. His “Junípero Serra’s Canonization and the Historical Record,” an award-winning essay in The American Historical Review (1988), was the first to raise the question of the misuse of evidence to advance Serra’s canonization (sainthood). He authored the well-reviewed and widely-distributed book, Converting California: Indians and Franciscans in the Missions (Yale University Press, 2004 hard cover; 2008 paper). Around 2010, Sandos had an epiphany when he encountered spatial studies and their possibilities for the digital humanities. He has found the combination of digital information with mapping technology, provides a new approach to telling stories of the past we thought we knew. Jim and Tish are under contract with the University of Oklahoma Press to complete a book length project on California Indian Violence against the mission system and have introduced a significant spatial component to the California Indian Seminar they currently co-teach at the University of Redlands.