By Vaclav Havel
Translated from the Czech by Vera Blackwell 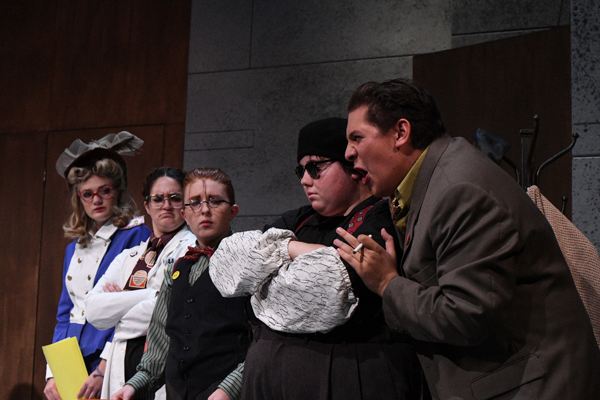 Havel was first and foremost a Czech playwright, poet, and political activist and after the fall of communism, became the president of Czechoslovakia (1989–92) and of the Czech Republic (1993–2003).

Written in 1965, The Memorandum takes place in the offices of an anonymous corporation, where a new corporate language is introduced aimed at “increased efficiency” and a more accurate “truth.” But the results are comedic “destabilization” and “incoherence” as office personnel, obsessed with trying to translate the new rules, do desperate hijinks to keep from being “fired.”

Come and enjoy an evening of absurdity as we consider the politics of theatre and resistance then and now.

The Cast in order of appearance

PRODUCED BY ARRANGEMENT WITH SAMUEL FRENCH