The Visiting Writers Series brings to campus acclaimed writers of diverse backgrounds and approaches to share their work and interact with students, faculty, and the larger university and Redlands communities.

At the regularly scheduled, public events, authors read from their work and then participate in open discussion with the audience. A reception and book signing typically follows. Earlier in the day, visiting writers often meet with seminar and workshop students to discuss their work and careers and to engage with faculty in conversations about creative writing. 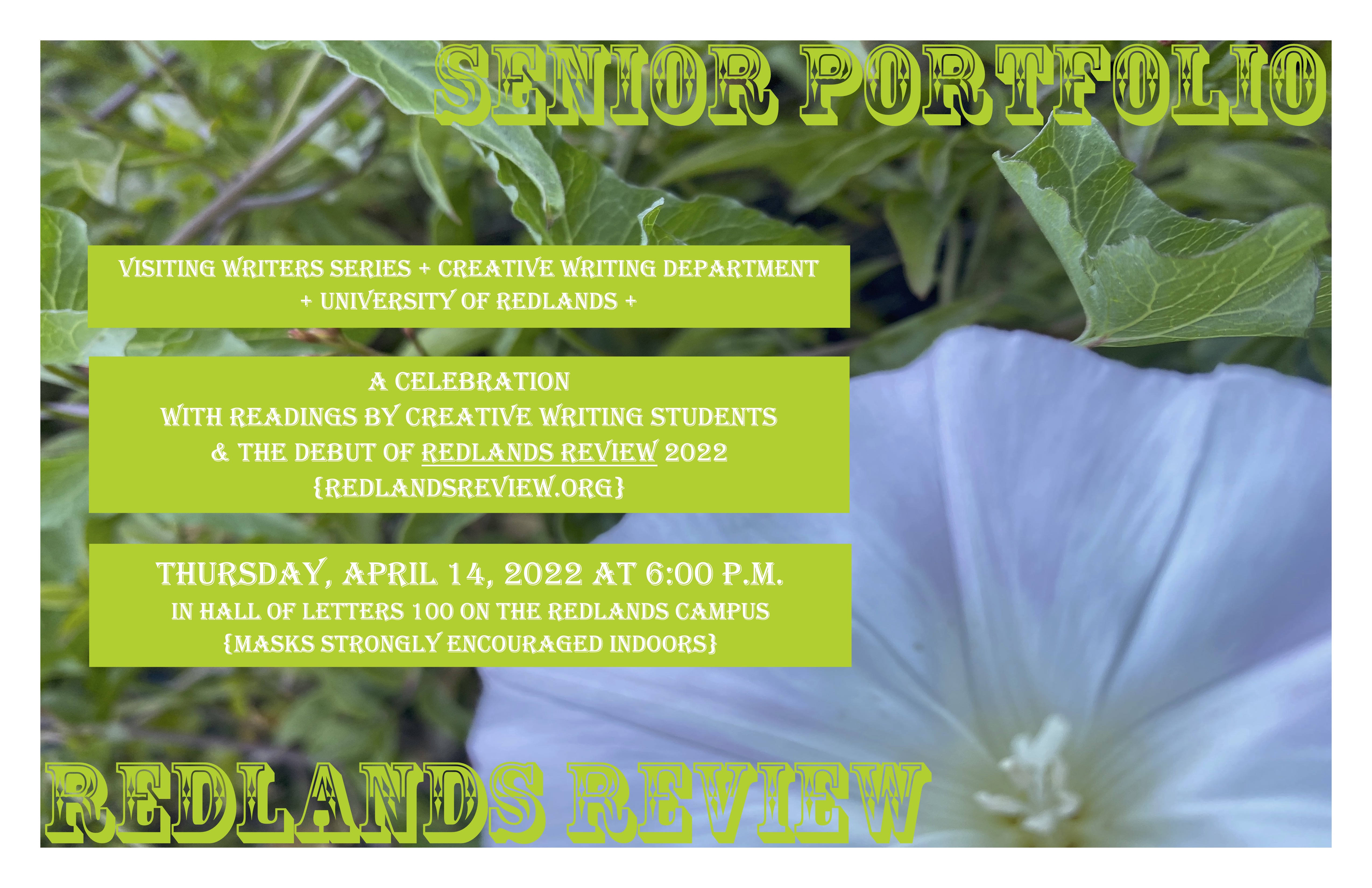 On April 14, 2022, the Creative Writing Department of the University of Redlands presents a celebration of students completing their 2022 Senior Portfolio projects. Students will read brief excerpts of their work in fiction, creative nonfiction, and poetry.

The event will also feature the debut of the the 2022 edition of Redlands Review, the university's student-led literary journal.

This evening will begin at 6 p.m. in Hall of Letters 100 on the Redlands main campus. Masks are strongly encouraged for the indoor portion of the event. An outdoor reception with more readings from the Redlands Review will follow.

If you are unable to attend in person, please join us via livestream on Vimeo:

The Creative Writing Department of the University of Redlands presented a special Visiting Writers Series event on March 22, 2022, featuring a reading and discussion about creative work in translation by a panel of distinguished guests: Brent Armendinger, Olivia C. Harrison, Adnan Mahmutović, and Teresa Villa-Ignacio

The invited authors and translators read from their work before joining in a conversation about the challenges and rewards of translation; the powers and limits of language at the borders of communities, identities, and nations; and the creative potential of cultural transmissions.

This event was made possible from the support of the College of Arts and Sciences and the Edith R. White Endowment and its Endowed Chair.

Brent Armendinger is the author of Street Gloss (The Operating System, 2019), a work of site-specific poetry and experimental translation, and The Ghost in Us Was Multiplying (Noemi Press, 2015), both of which were finalists for the California Book Award in Poetry. He is also the author of two chapbooks, Undetectable (New Michigan Press, 2009) and Archipelago (Noemi Press, 2009). Brent’s poems and translations have recently appeared in Anomaly, Asymptote, Bennington Review, Conjunctions, Ghost Proposal, The Georgia Review, Green Mountain Review, Interim, and Tinfish. He has been awarded residencies and fellowships at Mineral School, Blue Mountain Center, Headlands Center for the Arts, and the Community of Writers. Brent teaches creative writing at Pitzer College and lives in Los Angeles.

Olivia C. Harrison is Associate Professor of French and Comparative Literature at the University of Southern California. Her research focuses on postcolonial North African, Middle Eastern, and French literature and film, with a particular emphasis on transcolonial affiliations between writers and intellectuals from the Global South. She is the author of Transcolonial Maghreb: Imagining Palestine in the Era of Decolonization (Stanford University Press, 2016) and, with Teresa Villa-Ignacio, coeditor of Souffles-Anfas: A Critical Anthology from the Moroccan Journal of Culture and Politics (Stanford University Press, 2016) and co-translator of Hocine Tandjaoui’s Clamor (Litmus Press, 2021). Her translations include essays and poems by Abdelkebir Khatibi, Jacques Hassoun, Abdellatif Laâbi, and Abraham Serfaty.

Teresa Villa-Ignacio is Associate Professor of French and Francophone Studies at Stonehill College. Her writing explores contemporary poetic and translational interventions in ethical philosophy, postcolonial liberation movements, and social justice activism. With Olivia Harrison, she is the co-translator of Hocine Tandjaoui’s Clamor (Litmus Press, 2021) and co-editor of Souffles-Anfas: A Critical Anthology from the Moroccan Journal of Culture and Politics (Stanford UP, 2016). She has contributed translations to For an Ineffable Metrics of the Desert, the selected work of Moroccan poet Mostafa Nissabouri (Otis Books/Seismicity, 2018), and she is completing a monograph entitled Translational Poethics: Postlyric French-American Communities Since World War II.

Visiting Writer Series events range from presentations by notable authors, poets, and playwrights to public readings of works created by our faculty and students. 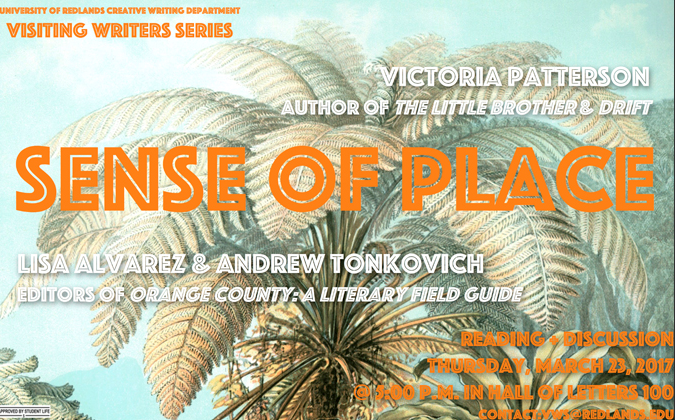 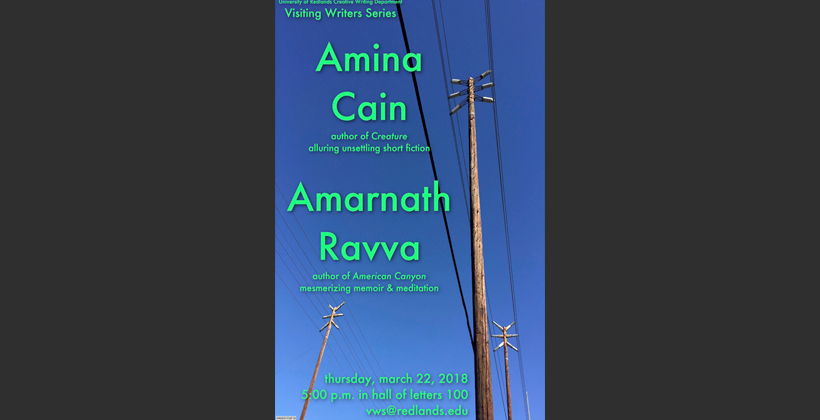 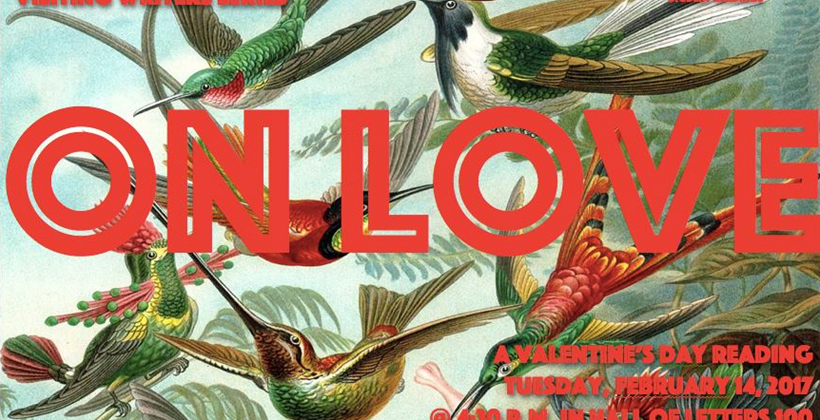 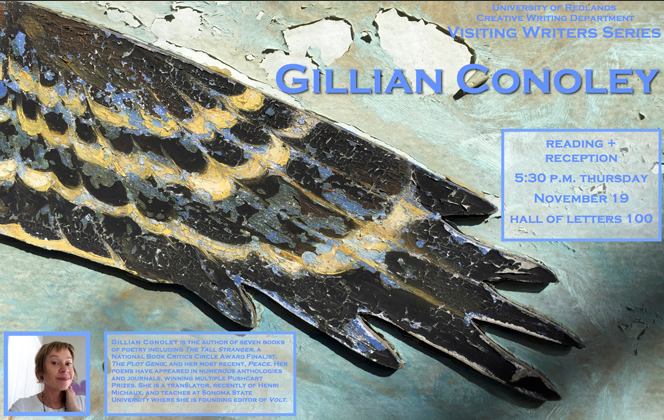 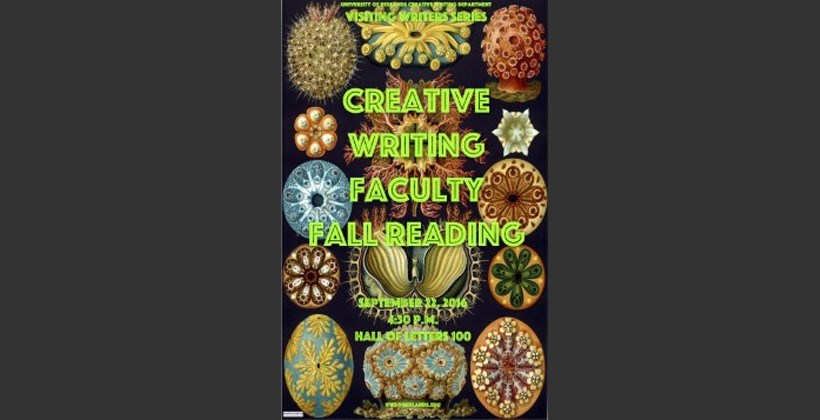 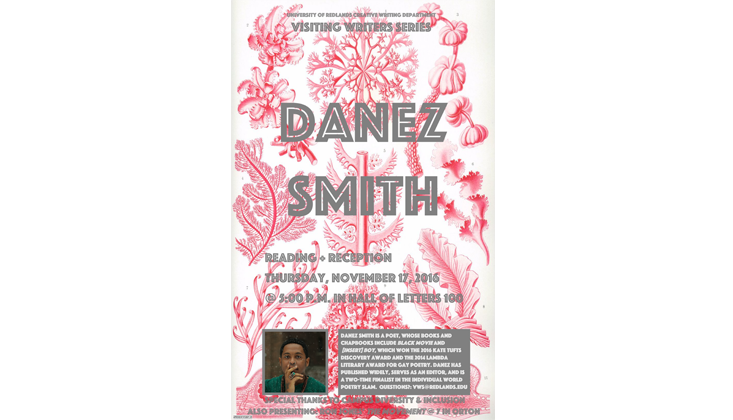 Read from and discussed her much-lauded nonfiction-poetry hybrid Citizen, a finalist for the National Book Award.

Whose novels include Versailles and Duplex, a New York Times Notable Book

Author of The Moor’s Account, a winner of the American Book Award for the Novel and Pulitzer Prize Finalist, read from her novel and also spoke on Islamophobia.

Winner of the 2013 Kingsley Tufts Poetry Award, the largest prize in American poetry, for her collection The Book of Hours.

A novelist and nonfiction author, whose books include Little and Rez Life: An Indian’s Journey Through Reservation Life

Writer of nonfiction and poem-essay hybrids, including Hope is the Thing With Feathers and Bodies, of the Holocene

Bird on a Wire

Bird on a Wire brings students together to share their written work, ranging from poetry, prose, and quotations to journal entries and cross-genre pieces. Sponsored by the University of Redlands Creative Writing department, the student-led program aims to build a creative community of both writers and readers. 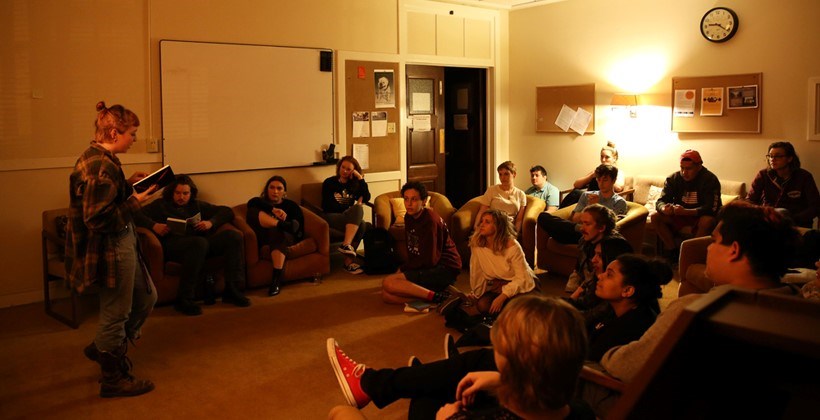 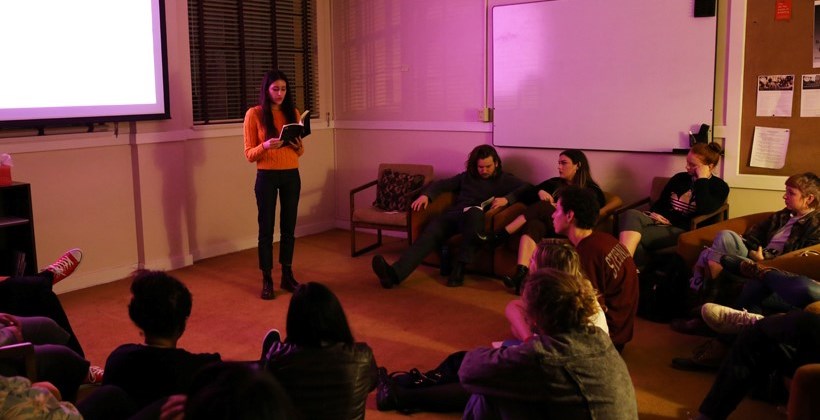 Connect with us on Facebook to see the latest VWS news and events.