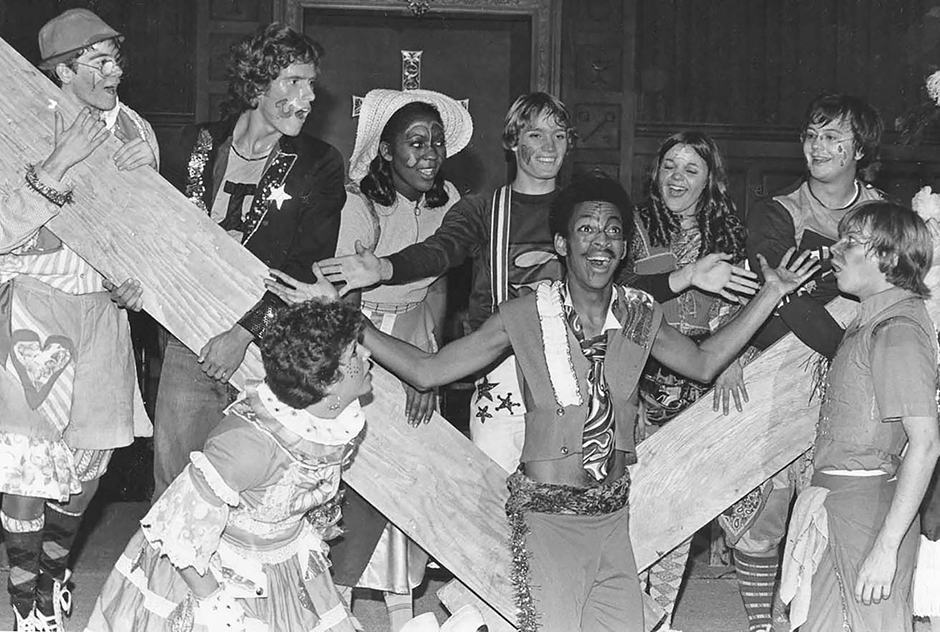 We believe this cast performed the play Godspell in the 1970s. If you have any information about the production and performers, we’d love to hear it!

In response to our photo from the archives on page 41 of the spring 2020 issue: 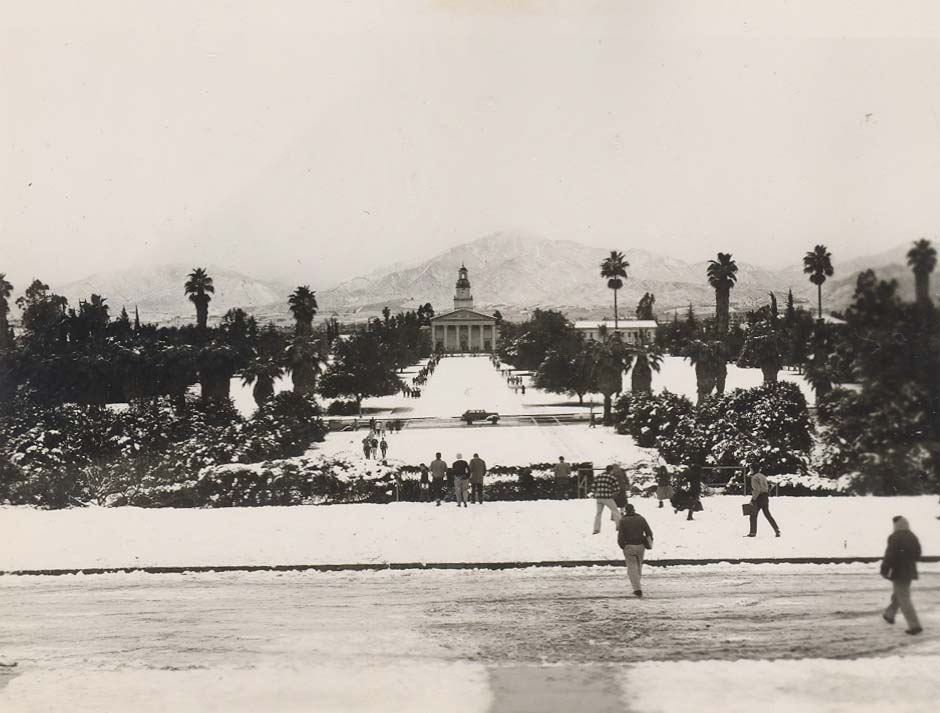 Janet Gall ’50 recalls a snow day on campus in 1947, when sweetheart Jack Bourne ’48 played a joke on Merrill Hill ’50. “In the middle of the night Jack and his Chi Sigma Chi fraternity brothers got Merrill’s Model T in back of the dorm and pushed it to the center of the campus quad. There they took off the wheels and put them in the cab of the car, then they put milk crates under the axles and left quietly. That night it snowed a lot on the campus. The next day, we saw a large group of men around the Model T covered with snow. We could see and hear Merrill cussing, ‘You get those wheels back on that car now!’” Gall says Hill eventually figured out who the culprit was!

Ken Buxton ’66 and Linda Fuller Stallard ’68 both have memories of another snowstorm in January 1965, photos of which made the La Letra 1965 yearbook. That day, Stallard says, “a friend of mine climbed Administration Hill and skied down to Colton Avenue!”

Buxton adds, “[The photo] also brought to mind smudge pots. Back then Redlands students were often called upon in the winter to ‘go smudging’ in local orange groves on cold and frosty nights. Smudge pots no doubt helped keep the orange trees warm and frost-free, but they were also environmentally incorrect. Those nasty oil- or kerosene-burning stoves produced a fair quantity of noxious, oily, and odoriferous black smoke. And guys would return from a night of smudging looking like refugees from the coal mines.”