Amy Moff Hudec has been the Director of the School of Continuing Studies since June of 2020. After completing her degree in Economics and Sociology in 2001 from the University of Redlands, she set off on a few life adventures, like living in Dublin, Ireland, and New York City, before settling in Boston. There Amy earned an MA from Boston College, and a PhD from Boston University. She returned to Redlands in 2009. Since then, she has contributed to the University of Redlands Community in many ways. Most recently, Amy served as the Associate Director of Community Service Learning. She has previously taught for SCS at the Orange County regional campus and for the UTC program. Additionally, she served as the Project Director for the LGBTQ+ Leadership program in SCS, where she developed the curriculum for this unique certificate. Prior to her administrative roles, she was a professor of Sociology and Religious Studies at the university. She has also taught in Johnston and Women’s, Gender, and Sexuality Studies. Some of her proudest moments at the U of R include helping to establish the first Race on Campus conference in 2014, opening a multi-generational tutoring center at Plymouth Village, and establishing the Friday morning breakfast service at Redlands Family Service for food insecure members of the Redlands community.

In addition to her academic work, Amy is committed to serving her community in many ways. She is an advocate for LGBTQ rights, foster youth, the homeless, and those who have experienced trauma, specifically as it relates to disease and chronic illness. She is on the board for the YMCA of the East Valley and for Transheartline. She is a member of the Redlands Area Interfaith Council and the Redlands Service Club Council. When not working, Amy can be often be found at the local spin or yoga studio or hanging out with her husband, two children, two dogs, two chickens, and a bearded dragon named Bushy Beard. 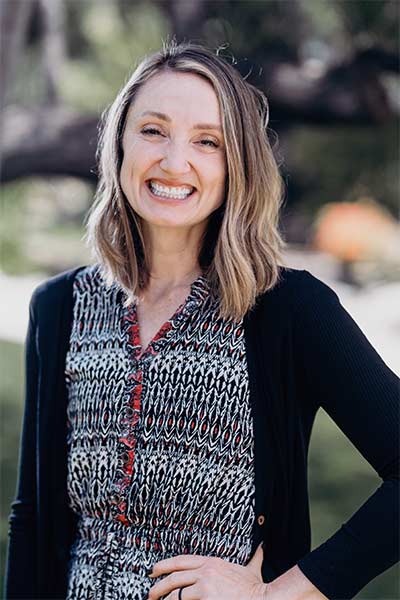