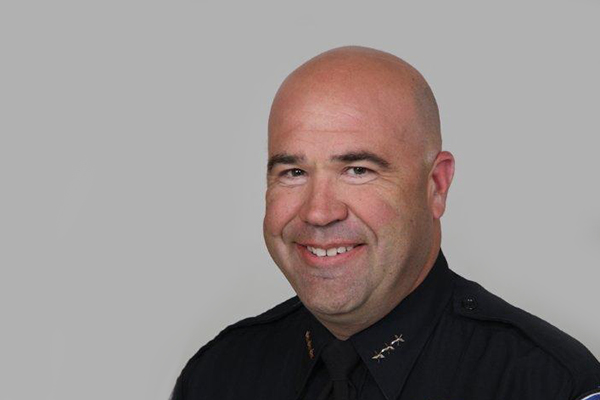 A shock wave was felt around the globe when, on Dec. 2, 2015, a mass shooting in San Bernardino that resulted in 14 fatalities and 22 injuries was determined to be the largest terrorist-inspired attack on U.S. soil since the attacks of Sept. 11, 2001. Within hours of the incident, members of the San Bernardino Police Department and other local law enforcement located the heavily armed suspects and the world watched as a gun battle ensued, wounding two officers and killing both suspects.

University of Redlands double alumnus Jarrod Burguan ‘07, ’10, chief of the San Bernardino Police Department, gained international recognition and praise for his cool-headed leadership in that incident, and his ability to pro-actively communicate with the media and the public during and following the incident and continued investigation.

Alumnus Rep. Pete Aguilar, D-San Bernardino said Burguan and San Bernardino County Sheriff John McMahon were, “the embodiment of leadership and courage.” Both men were Aguilar’s guests at the State of the Union address Jan. 12, 2016.

Burguan, a former football star at Bloomington High School, is a career-member of the San Bernardino Police Department who has served as chief since 2013. The onetime motorcycle officer earned the respect of his peers as he rose up through the ranks—he has worked in, supervised or managed units in every division of the department since he joined in 1992 at age 21.

Burguan holds a bachelor’s degree in business and master’s degree in management from the University of Redlands. He is a graduate of the POST California Command College and the Senior Management Institute for Police held at Boston University through the Police Executive Research Forum. He is the current president of the San Bernardino County Police Chiefs’ and Sheriff’s Association, a member of the California Police Officers Association, the California Police Chief’s Association, International Association of Chiefs of Police and the Police Executive Research Forum.

“Education is the bridge separating who you are and what you want to become. It is the critical piece that connects your ambitions to the world of opportunity,” Burguan said. “My experience at the University of Redlands helped prepare me for the challenges of leading a law enforcement organization in a turbulent time in the policing industry. The perspective I gained in that academic classroom setting serves me every day in shaping decisions and having a better understanding of the world around me.”